Triumph of the Vulgarians | United States

Triumph of the Vulgarians 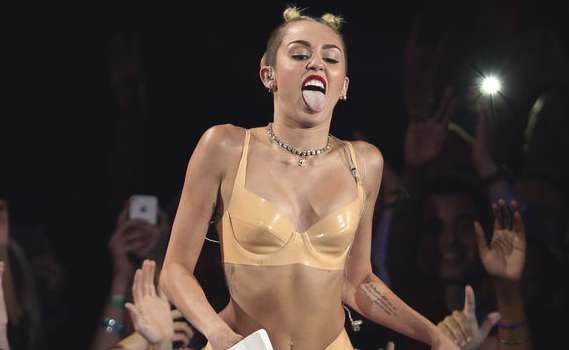 Triumph of the Vulgarians

Newspapers are among the last places in America that have close to zero tolerance for [expletive deleted].

I could give you a hint about what word is between the brackets, but I'd best not for fear of arousing the ire of the editing Comstocks. About twice a year, I quote a profanity from a public figure, using just the first letter of the word and then some bowdlerizing asterisks for the rest. No dice, my editor tells me. You're writing for a family newspaper.

There was a time when such standards were the norm at major media institutions in America. Sometimes things went too far, as when Lucy and Ricky had to sleep in separate beds, lest the public get the right idea about where babies come from.

But, as wrote recently in the , vulgarity has become so common in the culture that there's nothing rebellious about it anymore. Elvis' below-the-belt gyrations were taboo-breaking and suggestive.

Today, there's nothing suggestive about . Nobody watching her twerk thinks, "I wonder what she's getting at?" Indeed, if there's any larger message to her routine, it is simply to announce that the exception has now become the rule: vulgarity is expected, decency a surprise. (The two most rebellious comedians in my youth were and -- because they kept it clean or, in Seinfeld's case, at least kept it suggestive.)

But my complaint isn't really with singers, shock-jocks, comedians or whatever category Cyrus falls under. They're not merely immune to finger-wagging on this score, they actually think such criticism is proof they're rebels. The wiser course is to simply yawn and move on.

No, my real complaint is with how vulgarity has gone viral. We constantly hear that there is no common culture anymore. But that's not really true. Rather, newspapers notwithstanding, almost everyone thinks the common culture is someone else's problem. "Don't like what we're serving? Turn the channel" goes the argument. "There's something for everybody out there."

Well, yes and no. Defenders of vulgarity, and there are many, also say that parents just need to do a better job monitoring their kids, as if the absence of kids is, by itself, a license for gratuitous obscenity.

I don't think the vulgarians realize how hard that is when producers and executives refuse to stay in their lanes. Even family-oriented TV shows are punctuated with commercials not just for erectile dysfunction pills and utterly unromantic romantic aids but also inappropriate ads for incredibly inappropriate movies and TV shows. And sometimes family-friendly networks are family-friendly in name only (I'm looking at you, ABC Family Channel). And don't get me started about the Internet.

Consider one of the Goldberg family's favorite shows: Bravo's "Top Chef," in which the "cheftestants" compete in various culinary challenges for the title of -- duh -- Top Chef. Surely, a cooking show should be safe viewing for all ages. But for 10 years running, the cast has cursed nonstop. Worse, the profanity isn't really bleeped out, merely "bleeped at," in the words of the .

In 2008, head judge rightly chastised the cast and posted an apology on the show's website for all the "gutter language." Nothing's changed. Defenders of the cursing insist it reflects the reality of culinary culture. I'm sure that's true. But journalistic accuracy is a pretty hypocritical defense for a show that has chefs making haute cuisine from vending machines amid egregiously staged product placements. (Also, the cursing is utterly gratuitous. I, for one, have never concluded a delicious meal with the exclamation, "Wow, the guy who made this must be really foul-mouthed!")

And such hypocrisy gets at the core of the problem. Vulgarity has become cultural shorthand for everything from seriousness to rebelliousness to "keeping it real." But it's closer to the opposite.

Colicchio notes the chefs are always "on their best behavior" when they're around him. They never curse in front of the judges. Nor would they, one hopes, around their kids or customers. But when they're on TV -- broadcast to millions (including the judges, their customers and their kids) -- they think it's obligatory to let the expletives fly.

In other words, the standards of the common culture are lower than they are in nearly every other walk of life. Which means they're not really standards at all. If anything, the new taboo is decency.

"Triumph of the Vulgarians "