The Future of the USA-China Trade War 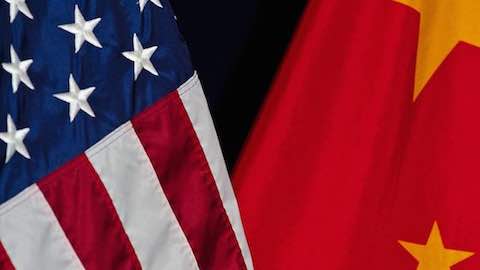 On September 6, 2018, the USA imposed 25 percent duties on $34 billion worth of Chinese imports, initiating the trade-war that persists to this date. Many attempts, such as the Phase One deal, have been undertaken to mitigate the escalating tensions, yet they have proven futile, as tariffs continue to take a toll on consumers and companies. China's accession to the World Trade Organization in 2001 led to amplified trade between the USA and China, amounting to USD 657 billion in 2021. With China's GDP rising from $1.2 trillion in 2000 to $17.5 trillion in 2021 and its subsequent establishment as the leading manufacturing country, its global influence has increased, lending greater importance to USA-China relations. Though bilateral trade has endowed immense advantages upon both countries, relations between them have been saturated by tension, with Anthony Blinken, United States' current Secretary of State, calling China the "most serious long-term challenge to international order."

By virtue of being the USA's third-largest trading partner, China has a large bearing on its economic outcomes, and the trade war has been immensely detrimental to both countries. According to a Moody's Analytics study from September 2019, the USA's economy lost approximately 300,000 jobs and 0.3% of GDP due to the trade war, while China suffered a $35 billion loss due to reduced exports to the USA in the first half of 2019. These tensions have supplemented the economic volatility created by the Russia-Ukraine war and the COVID-19 pandemic, making the rectification of USA-China economic ties pertinent.

The current crisis is the culmination of a plethora of measures.

It started when Trump imposed a series of trade barriers on China, and other trading partners, on the grounds that tariffs would benefit workers, particularly in manufacturing, give leverage to the United States to renegotiate trade agreements with other countries and protect American national security interests. China, in return, has imposed retaliationary tariffs on USA's exports, such as the decision of the Chinese Commerce Ministry to halt imports of American agricultural goods.

Though Trump claimed that the trade war would be "good and easy to win", the subsequent trade war has significantly damaged the American economy, without addressing underlying economic issues. According to Pinelopi Goldberg, the World Bank's chief economist, the primary burden of USA's tariffs is falling on its own producers and consumers. She stated that, taking into account the retaliationary measures, farmers and blue-collar workers were the biggest victims of the trade war. It is estimated that USA's companies paid $46 billion of USA's tariffs between 2018 and 2019. This resulted in lower profits, leading to reductions in wages and jobs, while deferring potential wage hikes and expansion and increasing prices for American consumers. Moreover, to avoid Chinese retaliatory tariffs and preserve access to Chinese customers, some automakers have shifted production outside the U.S., further eroding the U.S.'s GDP.

Moreover, Trump's commitment to uphold the Phase One agreement, under which China agreed to increase imports of certain USA's goods and services by at least $200 billion compared to 2017 levels, caused constant policy reprioritization, extending a permissive environment for China to secure its interest abroad, while violating human rights within its borders, leveraging U.S.'s desire to preserve the deal. Furthermore, Chinese imports of USA's goods and services stood at 57 percent of what it had committed under the agreement -- even lower than pre-trade war levels.

Additionally, in 2017 the United States withdrew from the Trans-Pacific Partnership (TPP), which contained critical new rules pertaining to State-owned enterprises (SOEs), digital trade, IP, and transparency in trade practices. This withdrawal represents a missed opportunity to create costs for China, which was not involved in the partnership, and, thereby, inducing pressure on it to reform. It is estimated that TTP would have reduced China's income by $40 billion annually, and this cost would have increased with the addition of new members.

The Biden administration, meanwhile, has extended Trump's 'hard on China' policy. His cabinet expanded Trump's policy of preventing Americans from investing in Chinese companies linked to the military, maintained the blacklisting of Chinese companies, and continued tariffs on Chinese imports. Moreover, in 2021, Biden signed a law which barred imports from the Xinjiang region, unless firms proved that forced labor was not practiced.

The enactment of the Foreign Investment Risk Review Modernization Act (FIRRMA), which incorporates the Export Control Reform Act (ECRA) of 2018 and expands powers of governmental agencies to address national security concerns arising due to investments and transactions involving foreign individuals and companies, has been a viable domestic step to rectify technology transfer issues.

On the other hand, despite Xi's condoning of a rule-based multilateral trading setup, China has continually violated WTO rules through massive export subsidies, intellectual property theft, and hoarding of raw materials. Furthermore, China's industrial policy, which is premised on intensive state intervention, is at odds with WTO's market-oriented policies.

The USA's concerns underpinning bilateral trade tensions revolve around four issues which stem from the nature of China's economic model. First, the influx of cheap Chinese goods, due to low wages, induced manufacturing job losses, spreading mass discontent. Moreover, the USA has expressed concerns over Chinese efforts to acquire USA's technology through forced technology transfer, where China requires American companies to share their technologies in order to do business in China. The USA fears that these technologies will be used to bolster China's military and meet their industrial goals. Moreover, it is argued that China's large subsidies to exporters go against the principles of free market, proving disruptive to companies of other countries who aren't extended a similar level of support. Lastly, it is claimed that China has artificially kept the value of its currency low, making imports of Chinese goods cheaper and USA exports more expensive.

The continuation of trade tensions and decoupling would be mutually harmful for the United States and China. For example, the U.S.-China Business Council estimates that the trade war would lead to a $1.6 trillion reduction in USA's real GDP over the next five years and 320,000 less jobs would be created in the USA in 2023. Moreover, the continuation of the trade war would lead to the persistence of the above-mentioned problems for manufacturers, such as lower profit-margins and growth, and the general public, such as higher prices and less jobs.

Any bilateral deal should not include commitments by China to increase USA's imports and reduce their trade deficit, as such a managed trade framework is contradictory to USA's values of free market and is likely to be inconsistent with WTO rules. U.S.'s trade should instead be driven by market forces and not violate broader USA's demands of reduced state intervention. As Chinese commitments of better IP protection, preventing forced technology transfer and complying to WTO rules have proved futile, future agreements need to be verifiable and enforceable. This enforcement, when possible, should be carried through the WTO dispute settlement mechanism, and arbitration under Article 25 of the Dispute Settlement Understanding (DSU) can be carried out to obtain quicker results.

Moreover, multilateralizing its response to challenges posed by China is imperative for the USA. USA's involvement in Free trade agreements (FTA) would create economic costs for China for its non-participation and would encourage China to reform its trade practices in order to become part of such arrangements.

Even though it may not be able to address all the concerns, the WTO, as the sole global agency ensuring implementation of trade rules, is an essential part of a comprehensive approach to mitigate Chinese trade violations. Considering that current levels of tariffs imposed by China and the USA are not consistent with WTO policies. future agreements should endeavor to reduce tariffs to WTO-bound levels. The USA should further expand its countervailing and antidumping policies which adhere to WTO obligations and enable it to take effective action against unfair trade practices.

The outcome of this trade-war ultimately hinges on the individual action that each state takes. The USA, apart from increasing its competitiveness through viable industrial policies, needs to effectively regulate the access to USA's technologies by employing WTO-consistent export controls. Additionally, the efficacious implementation of FIRRMA is imperative for the successful regulation of the flow of USA's technologies to protect national security interest. The USA also needs to actively encourage its allies to adopt similar measures in order for its own reforms to succeed, as otherwise China, due to restrictions on accessing USA's technology, may simply turn towards Japan or the EU.

In conclusion, a managed trade relationship will not constitute a viable, long-term solution. Future agreements, instead, should focus on strengthening the rule of law and global trading system.

Hasnat Aslam is an academic, currently serving as the President of Kaizen High and Editor-in Chief of TheKaizenTimes. His work revolves around international relations, with a particular focus on the global economy. He has been published on various platforms, such Burki Institute of Public Policy, MicroCapital, and Institute for Youth in Policy.