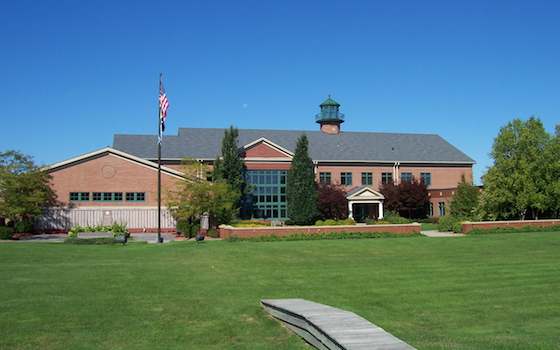 Ever since the ruled organized prayer and Bible study in public schools unconstitutional in the early 1960s, conservative Christians have been trying to re-enter the secular arena.

Take Lemon v. Kurtzman (1971). The case, The wrote last year, "... challenged a 1968 Pennsylvania law that reimbursed religious schools for some expenses, including teachers' salaries and textbooks, so long as they related to instruction on secular subjects also taught in the public schools. Chief Justice ... said the law violated the First Amendment's prohibition of government establishment of religion. The ruling set out what came to be known as the Lemon test, which requires courts to consider whether the challenged government practice has a secular purpose, whether its primary effect is to advance or inhibit religion, and whether it fosters excessive government entanglement with religion."

The recent 5-4 ruling by the Court upholding prayer at government meetings may have stretched the Lemon test.

Writing for the majority, Justice said the prayers offered at a town council meeting in , are ceremonial and in keeping with the nation's traditions.

If prayer is largely "ceremonial" and "traditional" then it has lost all meaning. One might as well chant "2-4-6-8 who do we appreciate!"

Since 1999, the town council has opened a majority of their meetings with Christian prayers. Two people recently complained about the sectarian nature of the prayers and filed a lawsuit. In response, the town council began inviting members of other faiths to pray. These included a Jewish layman, a Wiccan priestess and the chairman of the local Baha'i congregation. Each faith has a different, even competing concept of God, which dilutes, at least for Christians, the purpose of praying before council meetings.

This case reinforces what the Founders had in mind when they wrote the First Amendment. Having experienced the negative effects on religion from a state church in , they sought to prevent government from meddling in religion in America. They struck a brilliant balance in the establishment and free exercise clauses. Government would not establish a state church and believers (and nonbelievers) could freely exercise their personal faith (or lack thereof).

When the state defines what constitutes legitimate religion, the free exercise of faith suffers and the government violates the establishment clause by defining legitimate religious practice. Just ask President , who challenged the Affordable Care Act's stipulation that he offer emergency contraceptives as part of his employees' health benefits, abortion being contrary to his religious beliefs.

The town council, apparently more interested in seeking approval from the state than from God, was willing to water down its prayers in order to maintain a "tradition" and win approval. Why not just pray "to whom it may concern"?

Justices tried to draw distinctions between the prayers said before opening sessions of (OK because gets to make its own rules and Members are free to join in, or not), and a Christian prayer uttered at a public high school graduation (ruled unconstitutional in 1992).

There is nothing to prevent and much to recommend elected officials praying in private before a meeting. If the intent is to seek God and His direction, that is the proper way to do it, according to no less an authority than Jesus of Nazareth, who said: "But when you pray, go into your room, close the door and pray to your Father, who is unseen. Then your Father, who sees what is done in secret, will reward you." (Matthew 6:6)

Jesus also rebuked the Pharisees when He said in verse 5 of the same chapter: "And when you pray, do not be like the hypocrites, for they love to pray standing in the synagogues and on the street corners to be seen by others. Truly I tell you, they have received their reward in full."

While public prayers may be constitutionally acceptable, according to the 5-4 majority, there is a that takes a dimmer view of them.

God save (and put some common sense into) this honorable court and town councils everywhere. Maybe we should pray, privately, toward that end.