Sincerest Sympathy to the Filthy Rich 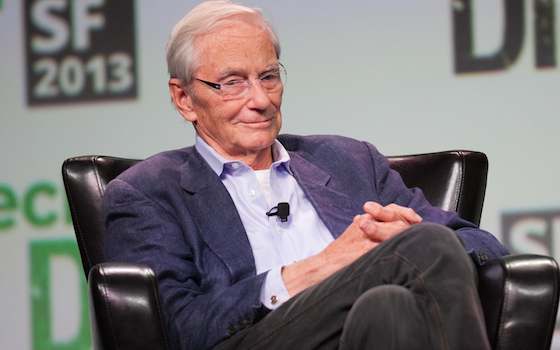 Sincerest Sympathy to the Filthy Rich

I'm writing to apologize. I do this on behalf of the 99 percent of us who are not multimillionaires. You, of course, are, having made a pile as a venture capitalist and co-founder of the firm .

I admit, I'd have thought a guy like you had little to complain about. But that was before you wrote that tear-jerking letter to The Wall Street Journal revealing the pain, the oppression, the abject sense of vulnerability and fear that go with having a net worth equal to the GNP of some developing nations.

In your letter, you decried the "rising tide of hatred" you've experienced at the hands of progressives waging "war" against your people. Your examples were heart-rending. You mentioned popular anger over rising real-estate prices. And "outraged" public reaction to dedicated buses ferrying tech workers to their -area jobs. And the people who have called your ex-wife, novelist , a "snob."

There are, you said, parallels to Nazi and its treatment of another oppressed minority, the Jews. "This is a very dangerous drift in our American thinking," you warned. "Kristallnacht was unthinkable in 1930; is its descendant 'progressive' radicalism unthinkable now?"

You're right. How could we have missed it? Calling a snob is exactly like that turning point on the road to Holocaust when anti-Jewish riots broke out across , 7,500 Jewish homes and businesses were vandalized, 30,000 Jewish men were sent to concentration camps, 91 Jews were killed and the Nazis, blaming the Jews themselves for the carnage, fined them about in .

You've been criticized for what you wrote, but we both know the only thing wrong with it is, you didn't go far enough. You didn't mention how one day the rich may be forced to stitch yellow dollar signs to their clothing or have their net worth tattooed on their forearms.

Being forced to pay taxes for the upkeep of schools your children wouldn't be caught dead attending? That's exactly like slavery.

Zoning laws that limit you to one measly helipad on your very own land? No difference between that and the Trail of Tears.

Where will it end? Will they make you fly commercial? Buy off the rack? Golf on a public course? Might as well hitch up the boxcars and pack you in.

I confess to having been blind to the suffering of the Affluent-American community. But you've opened my eyes. How awful it must be, forced to live in segregated neighborhoods like and in constant fear of metaphorical beatings and rhetorical lynching if you dare get out of your place and whine about the travails of your life of vulgar excess.

Well, sir, thanks to great Affluent-American leaders like you, I have a dream that one day your children will not be judged by the content of their offshore accounts.

You are as human as anyone else. Your manservant puts your pants on one leg at a time just like the rest of us. So I apologize to you on behalf of the 40-year-old man with a college degree struggling to raise his son on a McSalary, the little girl trying to concentrate on algebra while her stomach growls with missed-meal cramps, the employees collecting food for co-workers, the homeless family praying the social worker will find them shelter for the night as temperature and snow fall steadily.

You know, until I read your letter, I thought they were the ones most deserving of my empathy and concern, these victims of wealth inequality, a tilted playing field and the sheer greed of rapacious money pigs. But you've set me straight, and I want you to know I'm with you all the way.

I mean, now that I know who the real victims are.

"Sincerest Sympathy to the Filthy Rich "