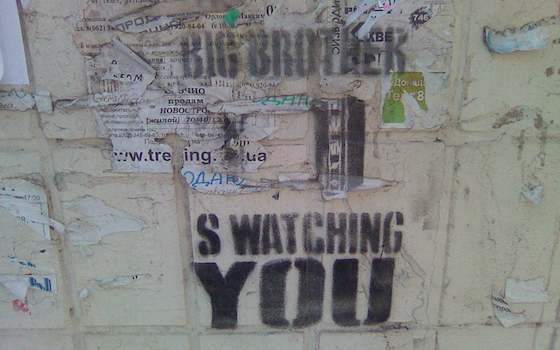 In 1920, a bond salesman walked into Joseph Yenowsky's , clothing store. Yenowsky was a tough sell. During their lengthy conversation, Yenowsky told the salesman he thought , the Russian Bolshevik leader, was "the brainiest man" in the world. The bond salesmen turned Yenowsky in to the police for sedition. Yenowsky got six months in jail under a statute.

This was hardly an isolated incident during the so-called "Red Scare" of the World War I era. In , three activists were arrested for circulating fliers protesting the conditions of America's political prisoners. The subversive flier quoted the First Amendment. They got 18 months in prison. In , a man refused to stand for the The Star-Spangled Banner. A furious sailor shot the "disloyal" man three times in the back. When the man fell, the reported, "the crowd burst into cheering and handclapping." An jury deliberated for two minutes before it acquitted a man of murdering an immigrant who'd said "To hell with ."

A number of conditions were necessary for this totalitarian fever that gripped America. The law -- state, federal and local -- was arrayed against any free speech deemed "un-American." But so were the people. There was a broad consensus that there was a real threat posed to the U.S. from abroad -- and from within -- in the form of Bolsheviks, anarchists and disloyal immigrants or "hyphenated Americans" (e.g. German-Americans or Irish-Americans). administration fueled this climate. Wilson himself proclaimed that "Any man who carries a hyphen about with him carries a dagger that he is ready to plunge into the vitals of this Republic whenever he gets ready."

It's valuable to remember all of this for several reasons. First, it's good to know such things can happen here ("even" under the leadership of liberals and progressives). Also, it's good to understand that things have been worse than they are today. There's a tendency to think our government has only become more intrusive and censorial than ever. That's simply untrue. Last, we should be wary of thought-crime panics.

Again, things aren't nearly so bad as when Wilson's Attorney General, , set about to eradicate the "disease of evil thinking." That's a pretty low bar for an open and tolerant society. Still, in the last few months, many institutions have been struggling to clear it. invited to be a commencement speaker, but she was bullied out of it. offered -- a Somali-born women's rights champion and critic of Islamic fundamentalism -- an honorary degree until protests from faculty and students kiboshed that. recently chickened out of a speech invitation to .

I visit about a dozen campuses a year, and at nearly every one, it's common to hear tales about how the social or administrative policing of thought crimes is all the rage. The latest buzz phrase is "microaggression." These are allegedly racist, homophobic or sexist statements made by people with no bigoted intent. Essentially, if someone can rationalize a reason to take offense that's all the proof required. Microagressions are the new vectors for the "disease of evil thinking."

Off campus, things haven't been much better. Watch MSNBC for 10 minutes and you will learn that Republicans are simply champions of "white supremacy" deserving no respect or quarter. I have no sympathy for disgraced owner views about race, but there's something troubling about how so many people are comfortable with vilifying a man for something he said in private, possibly even during couples' counseling. While conservatives and libertarians have lamented various calls to silence dissent, mainstream liberals seem unconcerned by calls to prosecute climate change skeptics.

In , Democrats increasingly resort to charges of racism or sexism whenever they hear ideas they don't like. Democratic House leaders and Rep. have dubbed critics of Obamacare "simply un-American." Senate Democratic leader insists the libertarian Koch brothers are "un-American." President Obama himself has a knack for suggesting that he cares about America while his opponents don't. He also likes to suggest the time for debate is over on the issues where he's made up his mind.

Defenders of the thought-crime crackdown will fairly insist today is different from things in Yenowsky's day. Fighting bigotry is an obvious good, unlike the crackdown on domestic radicals. Yes and no. Sure, fighting bigotry is right and good, but so is defending from those who would do it harm. The test isn't in the motives but in the methods. Today, it is a kind of evil-thinking not to be part of the war on evil thinking. And so the cause of tolerance demands evermore intolerance.