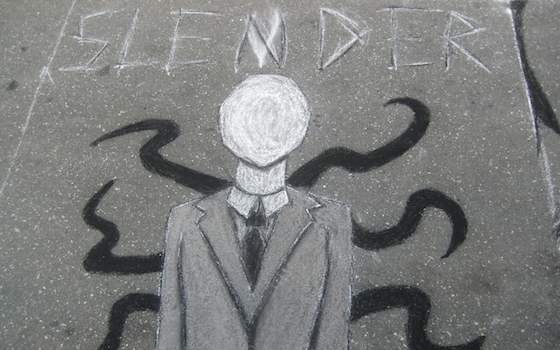 What kind of culture produced those two 12-year-old girls charged with stabbing a classmate 19 times?

The 12-year-olds were charged as adults. Police said they wanted to kill their classmate so they could cement a pact with an evil, fictional character that lives only on the Internet.

We won't know for some time what really drove the girls to grab that knife and hold their friend down and stab her, if indeed that's what happened. But we do know about the culture they live in.

Before any of you get riled up thinking I'm about to burn "The Brothers Grimm" or "Russian ," don't worry. I won't. They were valuable to me. They remain so. But such literature is historical, written back when evil sought your soul. Now evil wants to be your friend, marry you and hang out on "Twilight."

All living things take on the characteristics of their environment. Plants soak up nutrients or poisons, as do animals. Young humans do, too.

I figure most parents who've heard of the story must have shuddered, thinking:

Could my child have classmates like that, and be a victim? Could my children be capable of such monstrous selfishness?

"I can't even deal with it," said a young mother I know who has two little children. "I heard about it. I don't want to know."

Of course she'll want to know. She's a mom. And she'll learn about the girls and something will creep along her nerves, just like it's crept along the nerves of every parent with sense.

If you've been following this story, you know that police say the girls stabbed their friend in order to pay tribute to Slender Man.

Slender Man isn't a person, at least not considered a living being by those who can distinguish between fantasy and reality. It is a character created on a website.

Slender Man is tall and thin. He wears a suit. He has no face.

The girls, police said, were devoted to him. They wanted to kill their classmate so Slender Man would accept them.

"Both suspects had a fascination in a fictitious character that often posted to a website that is a collection of small stories about death and horror," said police Chief .

And then came the boilerplate parental warning:

"Unmonitored and unrestricted access to the Internet by children is a growing and alarming problem," Jack continued. "Parents are strongly encouraged to restrict and monitor their usage."

Slender Man, of course, is evil, but then so were vampires once.

Once, Dracula would take our immortal souls. These days, souls aren't discussed much, perhaps because the mention of souls will offend somebody.

So now vampires get married in an outdoor ceremony, or at least the movie clip I saw of "Twilight" informed me of as much. The vampire groom wore a tuxedo. The bride wore white. The minister began with "Ladies and gentlemen, we are gathered here on this glorious day ...."

And later, when the groom kissed his bride and all the people clapped, you could see the hint of his fangs.

Between "Twilight" and there was TV's "Dark Shadows," where was a humanized, virtuous vampire.

On hot summer days when we were children, my brothers and I and our friends would go into the cool basement with an old tape recorder. We'd each adopt a character and we'd make audio theater. Yes, it was nerdy stuff, but fun.

Years later, I found an unfinished novel by , "The Acts of King Arthur and His Noble Knights." It contains a brilliant section on the costs of fantasy, and I thought about it as soon as I heard about the girls.

Steinbeck writes about the great knight Lancelot, imprisoned by witches and ruminating from his dungeon. A child, Lancelot thinks, could have a dog and call it brother, or pull wings from a fly and call it father.

"And then because his world has disappointed him, he builds his own world where he is king, where he rules not only men and women and animals but clouds and stars and sky. ... In his dream he builds not only a world but remakes himself as he would wish to be."

Often, Steinbeck's Lancelot observes, the budding necromancer makes peace with the world, crafting compromises so that the worlds of reality and fantasy don't hurt each other. But some do not make peace. Some must be locked away as insane. Only a few clever ones try to make such dreams real. They convince themselves they're enchanters.

"Not being wise enough or kind enough, the magic manufactured world does not function and many are injured and many killed by its ill design," Steinbeck writes. "And then rage comes as to the child, destructive rage, and vindictive hate. There lies the fear, for wizards and witches are children, living in a world they made without the leavening of pity or the mathematics of organization. And what could be more frightening than a child with total power?"

But that's what they appear to be, those girls in accused of holding their friend down amongst the trees, seeking approval from Slender Man on the Internet, and taking out the knife.