On The Warpath with North Korea? 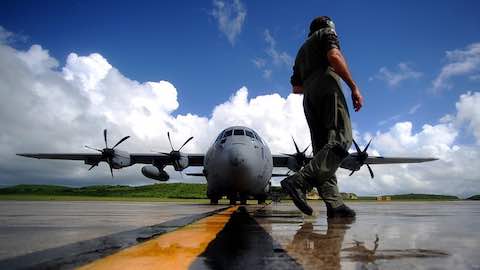 On The Warpath with North Korea?

Against the backdrop of threats of total destruction and claims of war declaration, military action by the U.S. in North Korea is looking as likely as it has for many years. What though, do American citizens think about the situation?

In total, 58 percent of U.S. adults would be behind an armed offensive on the Korean Peninsula. When split down party lines, a huge 82 percent of Republicans support action, compared to 37 percent of Democrats.

In his first major speech at the United Nations, United States President Trump said that If his country "is forced to defend itself or its allies, we will have no choice but to totally destroy North Korea". As tensions approach boiling point, a poll by Gallup sheds light on how the American public feel about the recent escalations in rhetoric coming out of Washington.

Perhaps unsurprisingly, the share of Republicans sharing the view of their president is much higher than that of Democrats. An overwhelming majority of GOP supporters, 82 percent, feel that military action is the way to go should diplomatic and economic efforts fail to yield results. In total, 58 percent of U.S. adults would be behind an armed offensive on the Korean Peninsula. 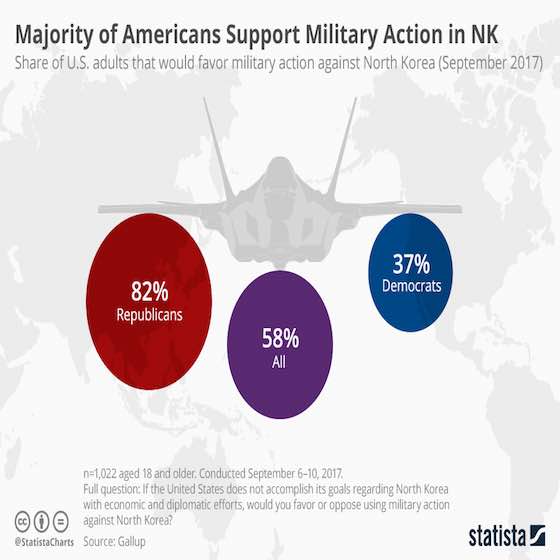 On The Warpath with North Korea? - United States Current Events