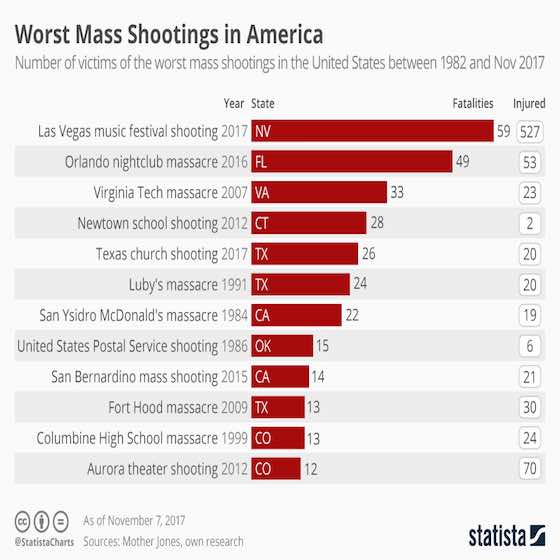 This chart shows the number of victims of the worst mass shootings in the United States between 1982 and November 2017.

The latest mass shooting at a Baptist Church in Sutherland Springs, Texas, is the second mass shooting this year that is among the worst such incidents since the early nineteen-eighties. At least 26 people died when a 26-year old man opened fire with an assault rifle on the congregation in the small town east of San Antonio.

The Las Vegas strip shooting on October 1st, remains the worst such incident in recent U.S. history. 59 people died at a country music festival when an assailant opened fire from a hotel room overlooking the venue. More than 500 people were injured in the attack and the ensuing chaos.

Only last year, there was a similar such incident at a night club in Orlando, Florida, where 49 people lost their lives in a mass shooting.