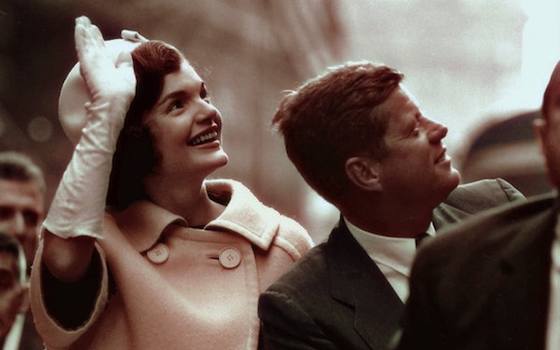 Fifty years ago, in the span of just a few seconds, the course of American history was altered.  President John Kennedy became the fourth U.S. president to become the victim of assassination when he was shot while riding in an open limousine through downtown Dallas, Texas, on November 22, 1963.

Kennedy had been in office less than three years when he was killed.  He had a rough start to his presidency, backing a failed CIA plan to overthrow the Cuban government of Fidel Castro.  But in October of 1962, Kennedy found a way to have the U.S. and the Soviet Union take a step back from a nuclear confrontation over Soviet efforts to install offensive missiles in Cuba.  On many other issues, including civil rights, Kennedy would get a grade of ‘incomplete’ today.  In so many ways, his death left behind an unfinished presidency.

In the fall of 1963, Kennedy headed for Texas.  It was the beginning of an effort to shore up Kennedy’s support in advance of the 1964 election where he believed he would have to carry Texas and other key states to win another four years in office.   It was also the first time First Lady Jacqueline Kennedy would accompany him on a trip in some time.  She had lost their baby Patrick the previous August and was just coming back into the public spotlight on the trip to Texas.

Americans have always had trouble accepting the notion that a malcontent like Lee Harvey Oswald could have been the only person behind the murder of John F. Kennedy.  Much of the suspicion about what really happened on that day in Dallas was fueled by the shooting of Oswald two days after the assassination on November 24.   NBC television was actually covering Oswald’s transfer from the city jail live when nightclub owner Jack Ruby, who was well known by many of the Dallas cops, thrust a revolver toward Oswald’s midsection and fired.  48 hours after President Kennedy was pronounced dead at Parkland hospital, Oswald expired in a neighboring trauma room, and the questions about whom or what was really behind the Kennedy assassination haven’t stopped since.

In 1964, the Warren Commission tried to quell the doubts about the assassination with its report that concluded that Oswald was the lone assassin.  But various conspiracy theorists wouldn’t let it go and took to talk radio and television shows in the mid-1960’s to question the official version of events.  In the late 1970’s, a select congressional committee concluded that Oswald had fired the fatal shot, but cited controversial acoustical evidence that suggested a second gunman was involved as part of a conspiracy.  A new report by University of Virginia expert Larry Sabato discredits the audio evidence that congressional investigators relied on.

Public opinion polls continue to show more Americans believe Oswald acted as part of a conspiracy than not, despite the fact that no credible evidence has surfaced over the years to buttress any of the conspiracy theories.  Likewise, to my mind, nothing has come forward that undermines the belief that Oswald was the lone gunman.  For many Americans it has simply become too difficult to accept the notion that one lone misfit like Lee Oswald could have the wherewithal to assassinate John Kennedy and change history.

One of the keys to the enduring fascination with Kennedy is the fact he was cut down so young and that the images that remain are of a youthful, vigorous man who seemed to have so much more to give.  The Kennedy allure is not so much about what he accomplished, but the promise of what might have been had he lived.  During the interviews for our program I was struck by how raw the emotions remain for those who knew him including his niece, Kathleen Kennedy Townsend, and one of his former aides, former Senator Harris Wofford.  Wofford advised Kennedy on civil rights and often acted as a go-between for the Kennedy White House with civil rights leader Dr. Martin Luther King, Jr.  He also had a key role in the formation of the Peace Corps.  Wofford seemed genuinely moved during our interview when he talked about what the country had lost with JFK’s death and how things might have turned out differently.

It’s a reminder that for people of a certain age, recalling the Kennedy assassination and the emotions that come with it can take a toll.  To many people, John Kennedy embodied the very best that America had to offer.  True enough, some of the luster has worn off in the decades since because of revelations about his private life and the efforts to hide his shaky health.  But 50 years after his death, it’s clear many American still yearn for the kind of leadership, inspiration and charm that Kennedy personified during his brief time in the White House.  As CBS correspondent Bob Schieffer told us in our special about the assassination, “It was the weekend that America lost its innocence.  The country has never been the same since that weekend in Dallas.”