Jayson Blair and All The Lies Not Fit to Print 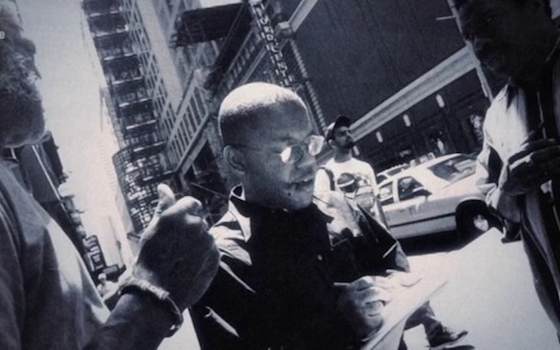 Jayson Blair and All The Lies Not Fit to Print

The movie opens with that question. In response, makes a joke. "This one again," he mutters, rolling his eyes in mock consternation at the predictability of it.

But predictable as it is and as long as he's had to ponder it, Blair still ends up punting. "I don't have a good answer for the question," he acknowledges.

"A Fragile Trust: Plagiarism, Power and Jayson Blair at the New York Times" -- reintroduces us to the central figure in one of the great media scandals of all time, the one-time wunderkind who lied and plagiarized his way through a career on what is arguably the greatest stage in American journalism, The . He claimed to have been places he had not gone, to have interviewed people he had not met, to have witnessed scenes he had not seen. He stole the work of other reporters and passed it off as his own. And he did this dozens of times.

The question that opens the movie has pressed us ever since. Why?

At the time -- spring, 2003 -- some pundits claimed the scandal reflected an unseemly obsession with diversity, the supposed inability of white editors strait-jacketed by political correctness to confront a black reporter's incompetence. Blair worked the other side of the street, claiming in a bizarre interview that racism was a factor in his betrayal of the most basic ethical tenets of his profession.

Neither claim made much sense then. They seem preposterous now.

In her search for the answer to the question, filmmaker follows Blair -- now pushing 40 -- through the life he has made since his old life crumbled. She takes us to the nondescript office where he works as, of all things, a life coach and to a university where he lectures skeptical students on -- wait for it -- journalistic ethics. Along the way, Blair and others reminisce about the then-27-year-old who duped the Times. We learn that he was a brown noser, an abuser of alcohol and drugs, had bipolar disorder and all the social maturity of a Muppet.

All useful details, but none of them answer that question. Why?

Then, at one point, Blair muses on the fact that many of his earliest mistakes were caught only because he reported them -- which is the way things are routinely done in a business that is, after all, based largely on trust and trustworthiness. But that wasn't the takeaway for Blair. He says:

"With lying or cheating or anything else, the myth of believing that you will be caught helps keep people from doing things that are unethical, because it doesn't even cross your mind if you believe you will be caught. You don't have to, through your willpower, stop yourself -- or through your morality or ethics. But ... once you cross that barrier where you know the chances are you won't be caught, it becomes very hard to discipline yourself."

His tone presumes anyone would do the same had they realized what he did. But is that really the way it is for most of us? If you had no fear of being caught, would you betray professional ethics? Break a window? Rob a store? Isn't the answer, for most of us, no?

It is not that any of us is beyond temptation or that safeguards don't matter. But for most of us, isn't the biggest safeguard the fact that we consider ourselves moral people and there are certain things moral people do not do? Apparently, that mechanism is absent from Blair. So maybe what happened happened not because of skin color, substance abuse, mental illness or social immaturity but because he is defective, afflicted by a sociopathic inability to comprehend ordinary human mores. Maybe he did it because he could.

That's the answer to the question. Or at least, it is as close as we are ever likely to come.

"Jayson Blair and All The Lies Not Fit to Print "