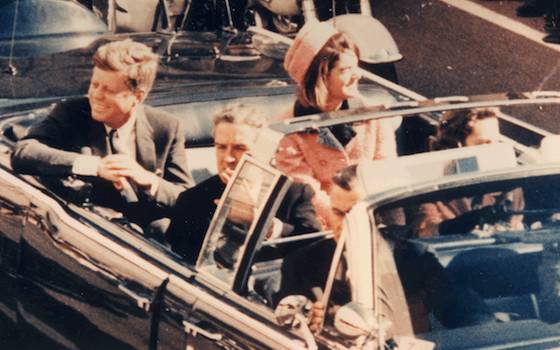 On November 22, 1963, when shots rang out in Dallas, Secret Service Agent Clint Hill was in the best position to react. His analysis of that day is simple.

"There's no question that we failed in providing protection to President Kennedy," said Hill.

Agent Gerald Blaine, also in Texas that day, but not in Dallas. He says a lack of manpower was partly responsible.

The agents were visible. Some ran alongside or stood on cars in the presidential motorcade. But Blaine says they couldn't communicate with each other.

"We didn't have radios. We operated through hand signals. We had photographs of subjects that we had concerns about, and we would memorize those subjects. We had to rely on each other to work together as a team," he said.

Author Lisa McCubbin collaborated with Blaine on the book The Kennedy Detail. She says weaknesses exposed by the Kennedy assassination forced a change in how the Secret Service was funded.

"So it made them realize even more how important their mission was, and they were able then to convince Congress to get more money. They had been asking for more money for years and years to get more people. They knew they couldn't protect the president with what they had," said McCubbin.

Clint Hill stayed with the Secret Service after the assassination. He rose to Assistant Director and witnessed changes in the agency - no more travel in open automobiles, and more agents, more money, and better communication.

But several months after Hill retired from the Secret Service in 1975, despite the increased protection, not once but twice assailants tried to kill President Gerald Ford during separate visits to California.

And in 1981, another disaster narrowly averted.

Reagan was rushed to a nearby hospital for life-saving surgery.

Secret Service agent Tim McCarthy was shot in the abdomen. Press Secretary James Brady was struck in the head and seriously disabled. But no one died in the attack, and McCarthy says the incident led to even more changes.

"After that, metal detectors were used to screen anyone who gets near the president. And the legacy is, since that time, there has not been an attack on any of our presidents by the historic assassin which is the lone gunman," said McCarthy.

Though technology has improved protection of the President considerably since the Kennedy assassination 50 years ago, recent threats against current President Barack Obama are a constant reminder of the important mission played by those charged with protecting the chief executive of the United States.