Infrastructure Terrorist Attacks Cause for Concern 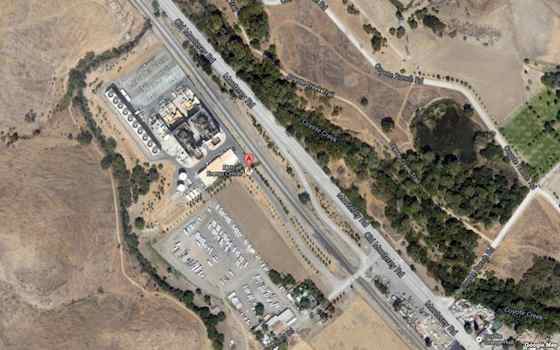 At a time when many of us have become fixated on U.S. intelligence agencies' "big data" programs, authorities are becoming aware of a much more insidious kind of threat -- one that could successfully exploit the growing blind spot created by our overreliance on technology.

, the former chairman of the , told the that an attack by multiple gunmen on Pacific Gas and Electric's Metcalf power station in , that powers represents "the most significant incident of domestic terrorism involving the grid that has ever occurred."

When I asked Wellinghoff why the attack took so long to come to light, with initial reports referring only to "gunfire" that knocked out transformers (and making no reference to a coordinated attack), he replied: "Utility was trying to keep it low-key to prevent copycats, perhaps. I don't know."

The FBI, meanwhile, has downplayed the incident, saying that it doesn't think that a terrorist organization was responsible for the attack. The attackers may not have membership cards for any of the groups on the official list of terrorist organizations, but somehow I doubt that civilians who lost power or communications would find that any more comforting. If attackers are operating outside of the laws of warfare and targeting civilian infrastructure, then they're terrorists, period.

Back in the old days, before authorities started compiling lists of terror groups and their rosters as if they were baseball teams, there used to be a name for a group of people who came together to wreak havoc on civilian targets: guerrillas.

Unlike the Middle Eastern terrorist organizations that we've come to know so well, true guerrillas aren't obligated to have a clearly defined political cause. Just being against the government can suffice, with the idea of creating a power vacuum first before worrying about filling it.

As the protesters proved when they took to the streets in 2011, creating an ideological fog of war serves to establish a big tent to maximize the size of the disgruntled assembly. It also means that intelligence officials end up chasing a moving ideological target.

Complicating matters in an age when law enforcement and intelligence are going increasingly high-tech, plans made the old-fashioned, low-tech way -- on a placemat at a local pizza joint -- can escape detection. Just try hacking a table at .

And while federal agencies and local law enforcement are well-versed in antiterrorism strategies, it's not unreasonable to wonder how prepared they'd be to handle guerrillas. was unable to successfully deal with guerrilla tactics. The Spanish guerrillas who forced the French army's retreat five years after its conquest of were arguably Napoleon's Waterloo long before his actual Waterloo. He called the conflict his "Spanish Ulcer."

The goal of the guerrilla is to frustrate the government and make it appear inept and out of control, and nothing accomplishes that better than leaving civilians without power, transportation and communications. selection in urban warfare is far from random.

U.S. Special Operations forces use the CARVER system to maximize target selection and optimize resource allocation for its missions. CARVER is an acronym that stands for criticality, accessibility, recuperability, vulnerability, effect and recognizability -- factors that are each assigned numerical values ranging from 1 to 10, with a maximum score of 60. Based on the Pentagon field manual detailing the CARVER system, the transformer attack rated a score of 53.

Missions that disrupt communications and Internet access tend to earn high scores, which could feasibly explain the selection of a target that powers America's technology hub, . The attackers also severed underground fiber optic cables, prompting to offer a reward for any information leading to an arrest and conviction. And it wouldn't be the first time that attackers have disrupted communications systems in the same area.

In , about five miles away from the Metcalf power station, as well as at a second location nearby, "vandals" were reported to have cut cables 10 feet underground to knock out Internet and phone service to about 52,000 customers in .

The critical question is: Are these "confidence targets" and opening gambits to something bigger? It would be nice if federal authorities offered us more information rather than just opining that these attacks were not the work of terrorist organizations. Stop playing semantic games, and instead give us assurances that you're working on a strategy for preventing such attacks.

"Infrastructure Terrorist Attacks Cause for Concern "