Home from War, Our Soldiers Continue to Die | United States

Home from War, Our Soldiers Continue to Die 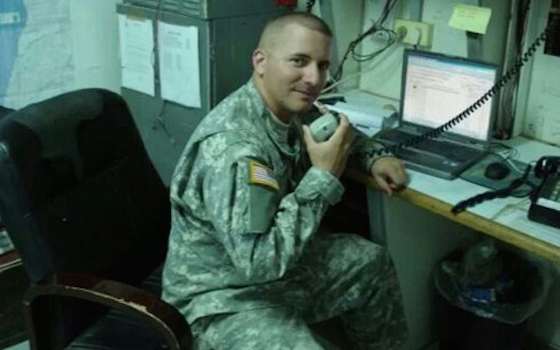 Home from War, Our Soldiers Continue to Die

March ended with this uplifting news: For the first time in seven years, no U.S. soldiers died that month in combat. Not one.

It's a relieving statistic, suggesting that the heavy toll in lives of U.S. military intervention is coming to an end.

That would be the wrong assessment.

Because April began with this bloody gore: A soldier being treated for depression and anxiety bought a handgun, killed three other soldiers and wounded 16 at a military base in . He then committed suicide.

Mental health is the new battlefield for many returning soldiers. At , the actions of Army Specialist might well serve as the military's . Let's see if enough people listen.

has estimated that 22 former members of the military commit suicide every day. Every day.

Not convinced this is a staggering crisis? Consider this: Extrapolating from that VA estimate, some 1,900 soldiers have taken their own lives ... in the first three months of 2014 alone.

These deaths don't get broadcasted and splashed across the front page. Most major newspapers do not report suicides except in cases where the deaths occurred in public places, or if the deceased was a public figure.

It's for good reason. Copycat cases are a concern, and grieving family members guard their privacy. But the lack of coverage also buries awareness of the problem.

Our soldiers are dying. And it's happening daily on home soil, by their own hands.

The week before Lopez's deadly rampage, 1,892 U.S. flags were stuck into the lawn between the Washington Monument and the Capitol. It was a patriotic sight, although one that didn't garner much media attention. The flags were placed by the and , one for each of the estimated suicides by a soldier this year.

The same day, a new member of the , its only -war veteran, introduced a bill intended to improve mental health care for veterans. Sen. , a Democrat from , sponsored the Suicide Prevention for America's Veterans Act.

Whether the bill gains any traction remains to be seen. Walsh, former lieutenant governor and a 33-year member of the , was appointed to his seat in February.

But the bill sets up a review process for people who might have been wrongfully discharged from the military for behavior that could have a mental health component. It also tries to meet the shortage of psychiatrists by offering to repay medical school loans in exchange for long-term work with the VA. And it seeks to streamline mental health care by taking records electronic, among other measures.

"Returning home from combat does not erase what happened there, and yet red tape and government dysfunction have blocked access to the care that saves lives," Walsh said in a statement when introducing the bill.

In time, more might be learned about what demons might have been driving Lopez that day at , how much mental health concerns might have played a role in his murderous actions.

Lopez was on Ambien, a sleep aid, among other medications. He was being evaluated for, but had not been diagnosed with post-traumatic stress disorder. His story may eventually give weight to Walsh's argument that more needs to be done to provide seamless mental health care to veterans.

Lopez served in for four months in 2011. He'd been transferred to in February from another base.

The vast majority of the 2.6 million veterans of the and wars are able to return home, find work and resume their lives. But many struggle with the so-called "invisible wounds" of mental health. And it is for them that we must do more.

"Home from War, Our Soldiers Continue to Die "