Supreme Court Rules on Public Prayer -- But Should It? 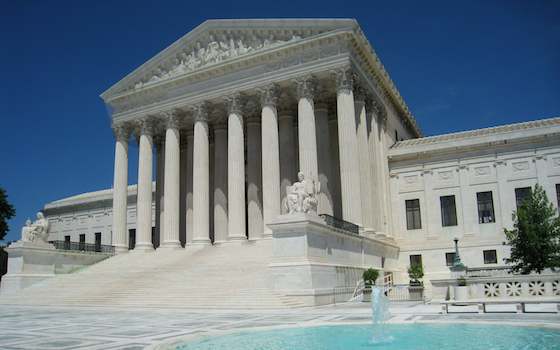 Supreme Court Rules on Public Prayer -- But Should It?

The notion that something can simultaneously be wrong and constitutional really seems to bother a lot of people. Consider the recent decision on public prayer.

In Greece v. Galloway the court ruled, 5-4, that the little town of , could have predominantly Christian clergy deliver prayers at the beginning of city council meetings.

As a constitutional matter, the majority's decision seems like a no-brainer to me. The authors of the Constitution permitted -- and required! -- prayer at similar civic gatherings when they were writing the document and for years afterward, when many served as congressmen, senators, judges and presidents.

As Justice wrote in his majority opinion: "That the provided for the appointment of chaplains only days after approving language for the First Amendment demonstrates that the Framers considered legislative prayer a benign acknowledgment of religion's role in society."

Now, as I am someone who thinks the Constitution is not a "living" document (i.e. changing with the whims of whatever elite currently controls the judiciary) but an enduring one (its meaning is largely fixed until it is duly amended), that pretty much settles the debate for me. If you want to ban public displays of religiosity, even by public servants, you should amend the Constitution, not appoint more liberal justices who will simply impose their preferences on it.

But don't tell that to members of the Cult of the Living Constitution, who believe that if something is wrong it has to be unconstitutional. For instance, The EJ Dionne penned an op-ed " Fails the Empathy Test" in which he argues that because the city council should have been more inclusive. It's not nice to make atheists, Jews, Muslims and other minority faiths and non-faiths feel unwelcome.

The problem is that the wasn't set up to pass an "empathy test." Indeed, despite much chattering and nattering about such things in liberal and Democratic circles, there is no such thing as a empathy test. There is however a more relevant -- not to mention, real -- test to be considered: Whether the justices of the are faithful to their oaths. And that oath suggests pretty strongly that empathy should be put aside as much as possible. Justices "solemnly swear (or affirm)" that, "I will administer justice without respect to persons, and do equal right to the poor and to the rich..." That doesn't exactly scream out "go with your feelings" now does it?

Now here's the hitch. Dionne and others have a point. Local governments and civic organizations generally shouldn't exclude people of different faiths. But whining to and asking the to fill the empathy deficit at the local level is not the answer.

For a long time no one complained. Then, in 2008, with the backing of an activist group, Americans United for the Separation of Church and State, a Jewish woman and an atheist woman launched a lawsuit. When the complaints went public, practices changed. A Jewish layman asked to offer a prayer and was permitted to do so twice. invited a prominent Baha'i follower to deliver a prayer. A Wiccan priestess asked and was allowed to do her thing as well. Eventually, as the Courts took ownership of the process, the town stopped reaching out to non-Christians, which is a shame. Maybe if those offended had simply spoken up earlier, without suing, all of this could have been avoided?

I believe that tolerance is a two-way street.

Majority faiths need to make room for minorities and minorities need to show tolerance for majorities. But a climate of tolerance should be created by those who live in it, not imposed by a handful of lawyers in .

"Supreme Court Rules on Public Prayer -- But Should It? "