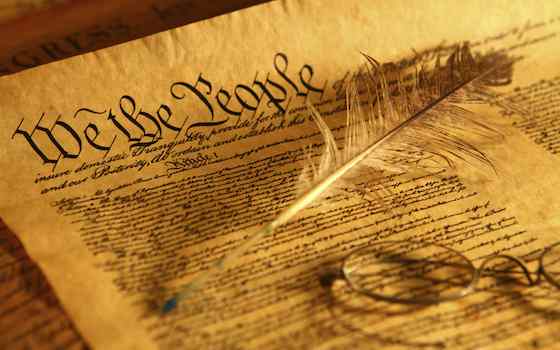 That's the one that guarantees freedom from unfettered government snooping, the one that says government needs probable cause and a warrant before it can search or seize your things.

That guarantee would seem to be ironclad, but we've been learning lately that it's not. Indeed, maybe we've reached the point where the Fourth ought to be marked with an asterisk and followed by disclaimers in the manner of the announcer who spends 30 seconds extolling the miracle drug and the next 30 speed-reading its dire side effects:

To those disclaimers, we now add a new one: "Fourth Amendment not effective at the U.S. border."

Just before , you see, federal Judge tossed out a suit stemming from something that happened to , a graduate student who holds dual French and U.S. citizenship. He was taken off an train crossing into from in , cuffed and detained for hours by agents. They seized his laptop and kept it for 11 days.

It seems the computer contained photos of rallies by , the radical Islamist group, and his passport indicated travel in the . Abidor explained that he's a student of Islamic studies at and that he's researching his doctoral thesis. According to at least one news report, he's not even Muslim.

More jarring, Korman found that even had the suit gone forward the plaintiffs would have lost on the merits. It is permissible, he said, for border agents to seize your devices and copy your files, even without any suspicion of wrongdoing. He questioned whether people really need to carry devices containing personal or confidential material and said that dealing with a possible search of such a device is just one of the "inconveniences" a traveler faces.

As it happens, border-control officers already operate under a looser constitutional standard. They are allowed to conduct warrantless, suspicion-less searches of our bodies and our bags.

But our laptops? Our iPads? These devices are repositories of financial records, health information, confidential news sources and diaries. Are you required to surrender even the most intimate stuff of your life and work on the whim of a border agent because he or she doesn't like your looks?

It is a sobering reminder -- not simply that the law lags the innovations of the Information Age, not simply that the whole idea of privacy is shrinking like an ice cube in a tea kettle, but also that if you lard a right with too many "exceptions," that right becomes impotent. So maybe instead of counting the places and situations where the Fourth Amendment no longer applies, we should start counting the ones where it still does.