Detroit's Decline Did Not Have to Happen | United States

Detroit's Decline Did Not Have to Happen 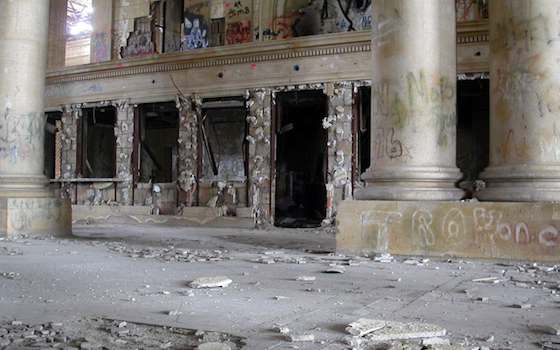 U.S. Bankruptcy Judge has ruled that , may seek to protect itself from its creditors under Chapter 9 municipal bankruptcy protection, thus making this once proud city the largest municipality in American history to go bust.

The city is in the hole thanks to its debt and long-term liabilities, such as pensions it could not afford and people abandoning the city in droves, which led to an erosion of the tax base.

It didn't have to be like this. There were signs of decline that began as early as the 1950s, but politicians don't like telling voters "no" when it comes to government freebies and benefits. They want the votes.

Last September, the printed an extensive analysis of the city's financial history over the past 60 years. It found that instead of making difficult economic and political decisions, which might have strengthened financial foundation, "...amid a huge exodus of residents, plummeting tax revenues and skyrocketing home abandonment, leaders engaged in a billion-dollar borrowing binge, created new taxes and failed to cut expenses when they needed to.

"Simultaneously," reported the newspaper, these leaders "gifted workers and retirees with generous bonuses. And under pressure from unions and, sometimes, arbitrators, they failed to cut health care benefits -- saddling the city with staggering costs that today threaten the safety and quality of life of people who live here."

Most of the recent mayors of have been Democrats. Some have gone to jail on corruption charges, but they don't get the same level of attention from the national media as they might have had they been Republicans. Stirring the political pot to avoid perpetual one-party rule would have been a good way to reduce corruption and the problems has experienced under Democrats.

, which has had only Democratic mayors and a majority Democratic city council since the 1960s when gave residents the right to vote for their local leaders, is another city with several corrupt politicians. As in , policies appear to have ensured a permanent underclass Democrats can count on for votes, as long as government handouts keep coming.

While there have been periods of economic growth in over the past 50 years, politicians did not use the money wisely and many opportunities to alter the city's downward trajectory toward more benefits, higher debt and the discredited notion that constantly raising taxes would stop the bleeding were missed.

The one flaw in the analysis is this line: "Although no one could see it at the time, insolvency was guaranteed." It isn't that no one could see insolvency coming; it is that they refused to do so. Their attitude was "eat, drink and be merry for tomorrow we die." And so has succumbed to financial ruin.

There is a grand lesson here not only for other urban cities faced with similar problems, but for states and especially the federal government that don't want to deny anyone anything, especially in an election year. The lesson is an obvious one, buried deep in our Puritan ethos: You can't spend more than you take in, as though tomorrow will never come. If you do, your tomorrow might just look a lot like .

Last summer, visited where she performed a live concert and recorded a video reminding the city of its illustrious past. The song she sang in the video was "A Change Is Gonna Come" while behind her a huge neon sign read "Nothing Stops Detroit."

"Detroit's Decline Did Not Have to Happen "