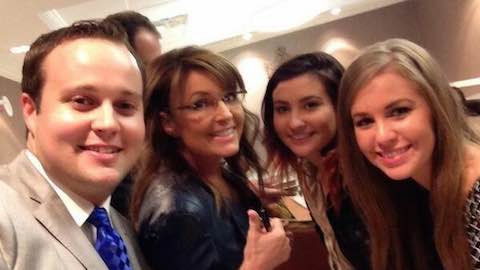 In the world's most incarcerated country, some high-profile sex offenders walk free.

We're supposed to be the “land of the free.” But believe it or not, the United States is actually the most incarcerated country on the planet.

There's a number of reasons for this. The war on drugs, the rise of profit-making prisons, racist policing, and badly written laws all play their part.

In fact, Harvard University professor Harvey Silverglate estimates that daily life in the United States is so over-criminalized, the average American professional commits about three felonies a day. That's astounding.

Yet despite our addiction to incarceration, some of the worst offenders aren’t punished by the criminal justice system at all. And I’m not even talking about the Wall Street crooks who gamed the system and crashed our economy.

Whether it's due to statutes of limitations, to political shenanigans, or because victims are reluctant to come forward, some high-profile sex offenders beat the rap until the court of public opinion intervenes.

Hastert was charged recently with making false statements to federal investigators and with “structuring” bank withdrawals to evade bank reporting requirements. That's not the worst of it.

Hastert was allegedly using the money to pay an individual to keep quiet about sexual abuse he’d committed during his years as a high school teacher and wrestling coach. An Illinois woman told reporters that Hastert had molested her brother, who was a minor at the time.

That would make Hastert a pedophile. Yet that's not the crime he was charged with.

Similarly, Josh Duggar, a star of the hit TLC reality show 19 Kids and Counting, reportedly molested five girls, including four of his sisters and a babysitter, when he was a teenager.

That would make him a child molester, too.

So while our prisons are bursting with small-time drug offenders and two-bit white collar criminals, real criminals walk free. Neither Hastert nor Duggar has been charged with sexual crimes against children, nor are they ever likely to be.

As a father of five, this scares me to death. I’m a believer in more lenient sentencing for many crimes, and there are plenty of crimes I believe shouldn’t carry prison sentences at all. But there should always be beds in prison for those who commit crimes against children.

A good old-fashioned public shaming might raise awareness. But it’s no substitute for a justice system that prosecutes actual criminals -- no matter how famous or powerful they happen to be -- instead of wasting time and taxpayer money locking up ordinary people for their “three felonies a day.”