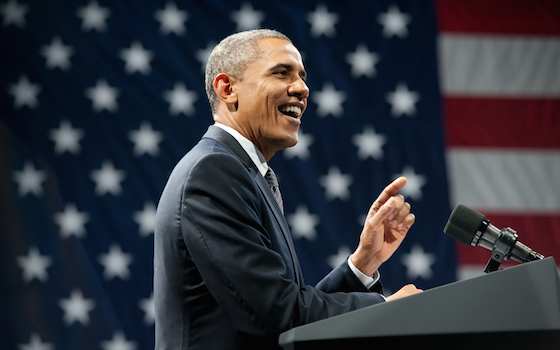 You know things are bad when you can't wait for the return of a TV character to demonstrate what resolve and leadership really look like. Yes, after a four-year hiatus, the show "24," featuring (played by ), returns to the Fox network.

Bauer displays many of the traits once found in, or at least expected of, American presidents and top military leaders. He doesn't waffle or wiggle; neither does he negotiate. He wins. If you think I am about to draw a contrast between Bauer and the current president of you are right.

The headlines are depressing: "Obama Suffers Setbacks in and the Mideast" (); "Pentagon: (Defense Secretary Russian Counterpart won't return his calls" (); and these two from the May issue of : "China Rises As America Weakens"; "He's Made It Worse: Obama's ."

Obama is detached, uninterested and inexperienced in foreign affairs and the world has taken notice. Putin calculated he could get away with meddling in because he perceived weakness in the president of . And, in fact, the first wave of U.S. and European sanctions against proved him right. They were nothing short of laughable. Does the West really think it can fell a Russian bear with a water pistol?

The only thing I learned in a physics class before flunking it was that nature abhors a vacuum and will fill it if given the opportunity. The same is true in foreign policy. That's what "Peace Through Strength" in the Reagan era was about. There was a reason the Ayatollah Khomeini ordered the release of American hostages on 1981. He seemed to believe Reagan might attack if kept Americans as prisoners.

While Obama plays numerous rounds of golf and the military fiddles with issues like women in combat and whether taxpayers should pay for convicted intelligence leaker Bradley (now gender transition, Putin acts. The is in flames -- diplomatically and literally -- because this administration has no discernible foreign policy other than criticizing .

As the world changes and new challenges arise, American foreign policy must adapt. Past failures should be scrapped. Past successes should be remembered and replicated.

The first and most important step must be for to declare who we are as a country and to define our purpose in the world. Presidents are supposed to do this. Somewhere between isolationism and interventionism is a U.S. policy waiting to be discovered.

"Freedom" may mean one thing to us, but it means something quite different in other parts of the world. In , which has a long history of autocratic leaders who have traded freedom for a minimal standard of living, American-style freedom is not universally embraced. In many Muslim lands, freedom means Sharia law. Applying American principles to that world has caused frustration, even failure.

If the president fails to articulate who we are to fellow Americans and the world -- and there is little evidence he knows how, or even wants to -- will lose its leadership role. The hostile forces willing to take its place -- , and radical Islam -- will bring with them consequences we will not like and threats to our national security we may not be able to repel.

Perhaps can again inspire as he did when "24" premiered in , two months after the terrorist attacks on America. Sometimes fiction is stranger than truth.