Can Ethnic Hate Be a Mental Illness? | United States

Can Ethnic Hate Be a Mental Illness? 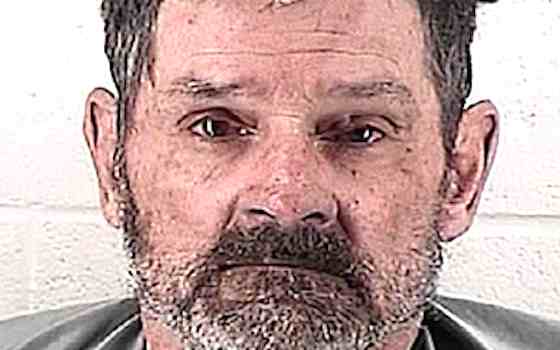 Can Ethnic Hate Be a Mental Illness?

In early April, the offered some happy news about a very grim topic. It reported a "significant and encouraging decline" in anti-Semitic acts across America in recent years. Unfortunately, the new spirit of hope would not last long.

Less than two weeks passed before a hate-motivated killing of three innocent people in , on the Sunday before . Police have charged , also known as , a white supremacist from southwest with fatally shooting three people -- including a 14-year-old boy -- on Sunday, a day before outside a Jewish community center and a Jewish senior center.

Despite the location and Miller's long-espoused hatred of Jews, it turned out that all three of his victims were Christian. That irony only symbolizes how inevitably the hatred that is directed at some of us spills over to threaten all of us.

It also revives a long-brewing question that psychiatrists and psychologists have raised in recent years: Could extreme racial and ethic bigotry be in itself a form of mental illness?

After all, it's easy to label someone as crazy or some other more clinical-sounding term after they have embarked on a shooting rampage. Yet it is remarkable how accustomed we are to rational-sounding nonviolent bigots.

At 73, Miller had been working the big-time bigotry circuit at least since he was kicked out of the in 1979 after serving in the Green Berets and two tours in . He was discharged for distributing racist literature, according to the , a leading monitor of hate groups.

He formed the Carolina Knights of the Ku Klux Klan, led numerous public rallies and had a variety of run-ins with the law. Among other offenses he served three years in federal prison for weapons charges, plotting robberies and calling for the assassination of the SPLC's founder .

Yet, , director of the who interviewed Miller, told the that he seemed to have settled into a quiet life of posting nasty vitriol on his website. "On the one hand, I'm a little surprised," she said. "On the other hand, how can you be surprised when a guy who's spent his life saying the Jews should be killed decides to go kill Jews?"

How, indeed? Cases like Miller's raise troubling questions about what's going on in the heads of people who become obsessed with racist, anti-Semitic and other bigoted philosophies.

In 2012, The Oxford Handbook of Personality Disorders included a new chapter on identifying and assessing "pathological bias," an extreme prejudice that could lead supremacists to commit random violence against another race. Co-authoring that study was Dr. of the , who has called for further study of racism as a personality disorder.

"Of course, most people do not understand the reality that probably 98 percent of racism is learned behavior," he told me in an email and telephone exchange, "and maybe 2 percent is due to some serious underlying personality problems."

Indeed, the primitive parts of our brains are hard-wired with xenophobic reactions as a survival mechanism. Our ancestors who thought snakes were huggable creatures, for example, didn't survive long.

The trouble comes when our more-advanced brain circuits don't work hard enough to suppress our fight-or-flight impulses about people who don't look like us. At a time when Americans have elected the nation's first racially mixed president, for example, who knows how many prejudiced brains are blowing a fuse?

I don't believe all racism is a sign of mental illness. Our prejudices are more likely to be a product of our upbringing.

Besides, the professionals can be wrong. After all, it wasn't that long ago, as psychiatrist reported in his 2010 book, "The Protest Psychosis: How Schizophrenia Became a Black Disease," that doctors diagnosed black people in the civil rights movement as exhibiting an irrational desire to be free.

Yet, as society becomes more comfortable with diversity, those who are not will stand out increasingly as misfits, which in itself can lead some to dangerously irrational behavior. Racism may not be a sign of mental illness, but we owe it to ourselves to learn more about what is.

"Can Ethnic Hate Be a Mental Illness? "