Botched Execution Should Be Death Knell of Capital Punishment 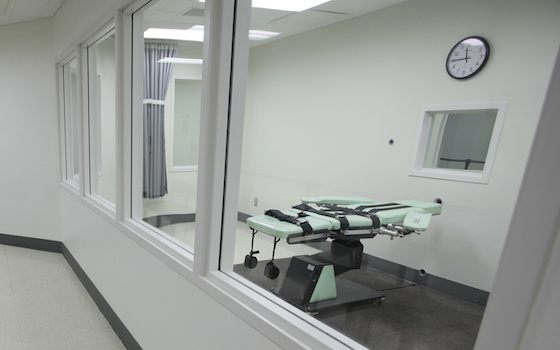 Botched Execution Should Be Death Knell of Capital Punishment

As fervently as some may support the death penalty by lethal injection, when the process becomes the least bit messy, most of us would prefer to hide.

began lethal injection in America. And the state has brought the nation the latest sickening example of the method's problems. On the evening of , death row inmate execution went wrong. It was unclear when the sedative rendered him unconscious. He writhed and clenched his teeth, appearing to struggle against his holds as prison officials injected his vein with the drugs.

Prison officials reacted quickly as Lockett's execution turned from an antiseptic medical procedure into a debacle. They hastily pulled the execution chamber's curtain shut, lest the witnesses present be forced to watch the condemned actually fight to hang on to life.

That's not how we like this show to go. In America, we like the capital punishment to be more like a monitored death in hospice care, a permanent sedative ushering a long good night.

That dishonesty is the basis for how we've reached a legal and moral conundrum. Increasingly, states are taking steps to keep the drugs they are using a secret, along with the identities of the scantly regulated compounding pharmacies where they buy the drugs and even how the payments are being made. This makes it impossible to determine whether or not the new, ever evolving lethal drug cocktails administered meet the constitutional standard of sparing the condemned from "cruel or unusual" punishment.

The American way of execution is in legal crisis -- that much is obvious regardless of whether one is for or against the death penalty. States can't defend the use of drugs they won't name, nor can citizens demand that justice be done to those on death row.

Naturally, there is a sadist's view of what happened to Lockett. The chorus began shortly after Lockett he was declared dead of a heart attack, 43 minutes after his ordeal began. "It's an execution, not a tea party," remarked one online commentator.

In the minds of many, cruel and unusual was just what Locket deserved. In 1999, he forced 19-year-old to watch as her grave was dug. He shot her as she stood in it. The gun jammed. He shot her as she begged for her life. Then, the teenager was buried, alive.

Nobody disputes Lockett's guilt or the horror of his crime.

But what was done to Lockett was an unjustifiably gruesome act of homicide. And obsession with finding a more comfortable, "humane" way to commit government-sanctioned homicide has led us to this place.

It began as a Republican state legislator tried to save face and appear harsh enough, conservative enough, among his peers. How familiar that sounds as a recipe for bad legislation.

Rep. conscience was troubled when the confirmed the constitutionality of the death penalty in 1976, giving states the option to reinstate it. When that vote came up in , Wiseman voted in favor.

To assuage his guilt, Wiseman took another step.

He wrote the legislation that brought lethal injection to the state of . His goal was to find a less heinous way to kill. One day after passed it into law, followed suit, using Wiseman's bill as a prototype.

Today, more than 30 states have the death penalty and almost all of them use lethal injection. The problem is, key chemicals used to make the deadly drugs are no longer available and stocks are dwindling. Sodium thiopental, for example, is no longer made in , and the has taken great pains to restrict manufacturers there to provide it to governments that will use it for executions. In response, state authorities in the U.S. are trying new drug combinations, often with horrifying results.

The day may not be far off when states must abandon the fiction of medically sterile execution and go back to the messier, less "humane" methods of old. When that happens, it's a good bet public support of the death penalty will erode quickly (it currently stands at 55 percent). The electric chair sometimes sets inmates on fire. Hanging can decapitate. The firing squad is too violent for most.

Try as we might, we will not find a humane way to commit an inherently inhumane act -- putting a person to death -- and as long as we do, we put our nation under a moral cloud.

"Botched Execution Should Be Death Knell of Capital Punishment "