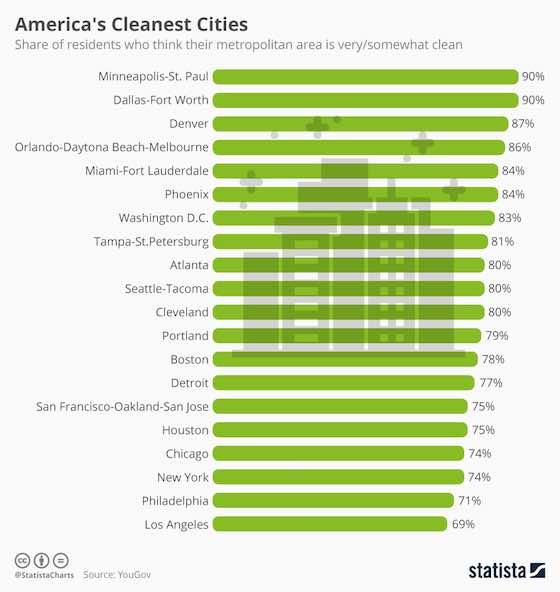 This chart shows the share of residents who think their metropolitan area is very or somewhat clean.

Thankfully, most city-dwelling Americans think the sight of overflowing trashcans, garbage-filled canals and filthy parks is rare. New research from YouGov examined residents' perceptions of cleanliness in major U.S. metropolitan areas. It found that people living in Minneapolis-St. Paul and Dallas-Fort Worth are the most positive with 90 percent saying their cities are very or somewhat clean. Los Angeles residents were least satisfied with the cleanliness of their cities, though a 69 percent majority still consider it very or somewhat clean.