America's Standing in the World 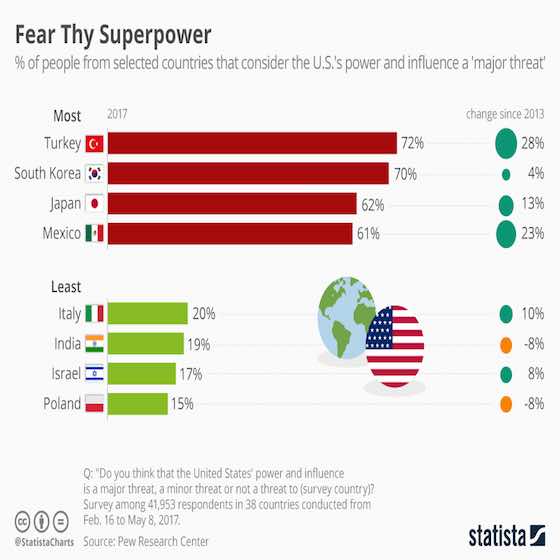 America's Standing in the World

Even some allies fear the United States. This chart shows the percentage share of people from selected countries that consider the U.S.'s power and influence a 'major threat'.

While Machiavellian disciples argue that for a leader it's better to be feared than loved, the United States often sees itself as a benign hegemon, holding its shielding hand over the world, ever since she won the Second World War.

In fact, many people around the world today fear that the United States isn't always a force for good in international politics.

According to Pew Research Center, the United States' standing in the world has gone down overall.

Surprisingly, people in allied countries, such as NATO-member Turkey, or partner countries in East Asia, such as South Korea and Japan, feel threatened by American might. On the other end of the scale, people in India, Israel and Poland have a more positive outlook on America's role in the world.