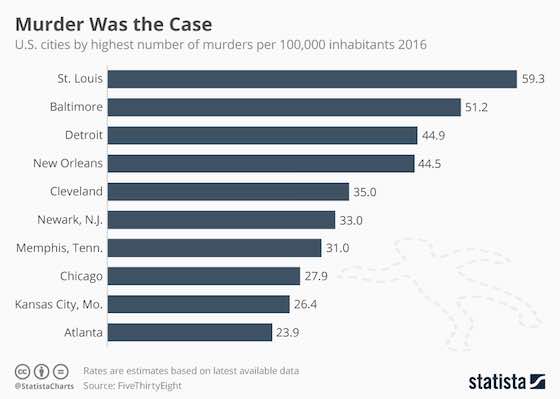 2016 saw an increase in the murder rate in many U.S.cities.

While official federal data for last year isn't available yet, data from precincts around the country indicate that more murders were committed in most of the country's big cities, according to research by FiveThirtyEight.

The chart above shows the breakdown of U.S. cities by highest number of murders per 100,000 inhabitants 2016