A Nation Divided with Liberty and Justice for Some | United States

A Nation Divided with Liberty and Justice for Some 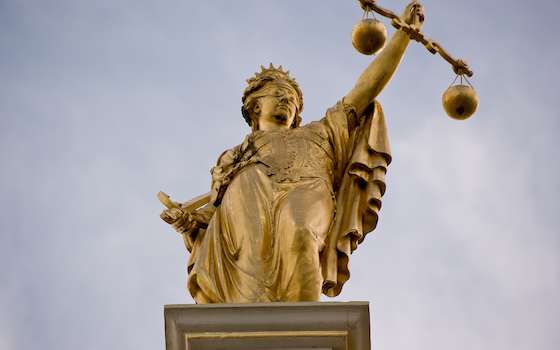 A Nation Divided with Liberty and Justice for Some

It swallowed people up.

In the process, it hollowed out communities, broke families, stranded hope. Politicians brayed that they were being "tough on crime" -- as if anyone is really in favor of crime -- as they imposed ever longer and more inflexible sentences for nonviolent drug offenses. But the "War on Drugs" didn't hurt drugs at all: Usage rose by 2,800 percent -- that's not a typo -- in the 40 years after it began in 1971. The "War" also made America the biggest jailer on Earth and drained a trillion dollars -- still not a typo -- from the treasury.

Faced with that stunning record of costly failure, a growing coalition of observers has been demanding the obvious remedy. End the War. The Obama administration has been unwilling to go quite that far, but apparently, it is about to do the next best thing: Declare a ceasefire and send the prisoners home.

Attorney General announced recently that the government is embarking upon an aggressive campaign to extend clemency to drug offenders. Those whose crimes were nonviolent, who have no ties to gangs or large drug rings and who have behaved themselves while incarcerated will be invited to apply for executive lenience to cut their sentences short.

Nobody knows yet how many men and women that will be. Easily thousands.

Combined with last year's announcement that the government would no longer seek harsh mandatory minimum sentences for nonviolent drug offenders, this may prove the most transformative legacy of presidency, excluding the Affordable Care Act. It is a long overdue reform.

But it is not enough.

As journalist observes in his new book "The Divide: American Injustice in the Age of the Wealth Gap

," Holder's has declined, essentially as a matter of policy, to prosecute the bankers who committed fraud, laundered money for drug cartels and terrorists, stole billions from their own banks, left taxpayers holding the bag, and also -- not incidentally -- nearly wrecked the U.S. economy. But let some nobody get caught with a joint in his pocket during a stop-and-frisk and the full weight of American justice falls on him like a safe from a tenth-story window.

For instance, a man named is 15 years into a sentence of life without parole on his first felony conviction for selling drugs. Meantime, thug bankers in gangs with names like and commit greater crimes, yet do zero time.

We have, Taibbi argues, evolved a two-track system under which crimes committed while wearing suit and tie -- or pumps -- are no longer considered jailable offenses. Taibbi said recently on "The Daily Show" that prosecutors have actually told him they no longer go after white-collar criminals because such people are not considered "appropriate for jail."

Who is "appropriate"? Do you even have to ask?

Thousands of whom are apparently coming home now. One hopes there will be a mobilization -- government agencies, families, churches, civic groups -- to help them assimilate into life on the outside. But one also hopes we the people demand reform of the hypocritical system that put them inside to begin with.

These men and women are being freed from insane sentences that should never have been imposed, much less served. Contrary to the pledge we learned in school, it turns out we are actually one nation divided, with liberty and justice for some.

"A Nation Divided with Liberty and Justice for Some "