The American Dream: Pro and Con 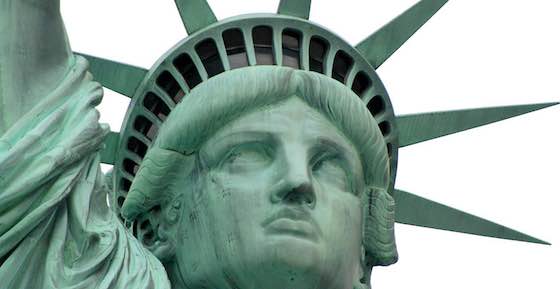 "Give me your tired, your poor,
Your huddled masses yearning to breathe free,
The wretched refuse of your teeming shore.
Send these, the homeless, tempest-tost to me,
I lift my lamp beside the golden door!"
-- Emma Lazarus "The New Colossus" Inscription on the Statue of Liberty

It's the rational, fair, humane and, perhaps most of all, patriotic solution to just one aspect of the vast challenge represented by the millions of illegal immigrants in this country. It's called the DREAM Act, and it would allow young people brought into this country illegally but reared as Americans to get on a path to citizenship -- if they enroll in college or join the armed services.

Makes sense. For these students represent human capital, the most precious kind. Educated, trained, allowed to flourish, they would contribute to America's strength rather become another problem. Who knows what one of them might accomplish someday? Together, they represent a mighty promise.

But the whole question of illegal immigration is political dynamite, and savvy politicians have been avoiding it for years, afraid to offend those who would rather fight the problem than solve it. ("What part of ILLEGAL don't you understand?") Anger is no solution, but there will always be those ready to embrace it, and politicians willing to appease them -- the sort more interested in reflecting public opinion than leading it.

The two senators from Arkansas exemplify the split over the DREAM Act. In their own way, each is also taking a stand on the American Dream itself, pro and con:

Blanche Lincoln, soon to be the former senior senator from Arkansas, was one of the act's cosponsors and continues to support it. Having been defeated for re-election, she has nothing to lose politically by holding fast to principle. She can afford to ignore the demagoguery that surrounds this issue and just do the right thing.

But the junior senator from Arkansas, Mark Pryor, is bowing to the forces of fear. He's come out against the DREAM Act. It's hard to imagine that he could look one of these kids in the eye and say: "Yes, I understand you were raised here, went to school here, studied hard and now you want to go to college or serve your country in uniform, just like the American you are in fact if not law. But we're going to deny you a college education anyway."

That's the message Sen. Pryor is sending these young people, and it's a toss-up whether his stand is more unfair or un-American. So much for this being the Land of Opportunity.

Politics may be a low sport, but that doesn't mean it's not educational -- especially when it comes to judging the character of those who take it up. There are those who don't hesitate to jettison principle when it becomes inconvenient, and those who will not abandon it even though it might cost them an election. Which may be why concession speeches say so much more about the character of candidates than any victory statement.

When it comes to debating American immigration in all its facets, legal and illegal being only the most obvious these days, there are those who can look back and learn from the past, and those who can't see beyond the political calculus of the next election.

There are those who can see how each successive wave of immigrants has strengthened the country no matter the hysteria it originally unleashed, and those swept away by an irrational fear of the latest newcomers, these strangers in a strange land. They look at a young Hispanic just out of an American high school and eager to get on with life, whether in school or in the service, and they can see only a threat. Instead of a promise. The kind of promise on which this country was built and the American Dream launched.

"We are a nation of immigrants. It's a politician's generality at an ethnic picnic, a textbook bromide swallowed and soon forgotten. It is also, as it happens, a profound truth, defining us and explaining a good part of what is extraordinary in the short history of the United States of America."
-- Bernard Weisberger

Pros & Cons of the American Dream