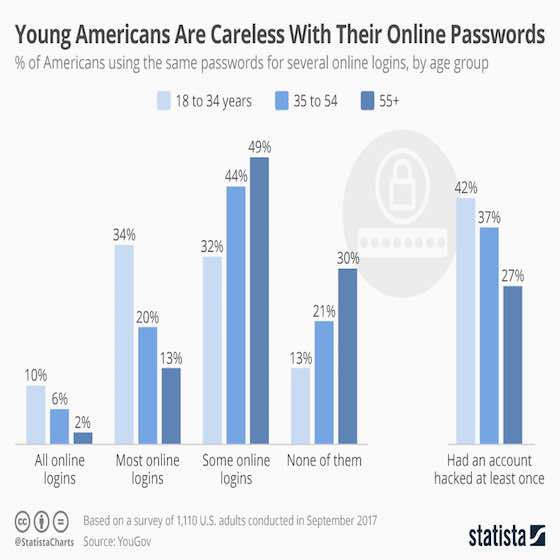 Many Americans have an account hacked online. This chart shows how many Americans use the same password for several online logins.

Hardly a week goes by without another company falling victim to a hacker attack.

We recently found out that three billion Yahoo accounts were compromised in what might be the largest data breach to-date. And yet, many people choose not to take even the easiest of safety measures to protect that online identity: using different passwords for different logins.

According to a recent YouGov survey, 28 percent of U.S. adults admit to using the same password for all or most of their online logins, which is even more astonishing considering that 35 percent of the respondents had one of their accounts hacked at least once and 22 percent have fallen victim to online identity theft.