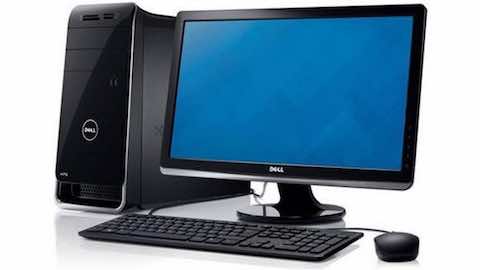 Five years ago, in 2011, worldwide PC shipments amounted to 365 million units. After five years of declining PC sales, that number has dropped to 270 million in 2016. Are we past peak PC?

Peak oil is the point in time at which the maximum rate of crude oil extraction is reached. After we reach that point, the production of oil will gradually decline until the reserves are either depleted or it is no longer cost efficient to extract any further oil.

Thankfully, the world hasn't reached that point yet -- oil production is still on the rise -- but we may have passed another peak: "Peak PC".

The term "Peak PC", coined in reference to the aforementioned concept of peak oil, describes the point in time at which the PC industry started its decline. As a matter of fact, we may have passed that point five years ago in 2011, when global PC shipments reached their historical high of 365.4 million units. Since then, global demand has gradually declined as smartphones and tablets have taken over many of the tasks we used to rely on PCs for. According to Gartner's latest estimates, the decline of the PC industry continued in 2016, with global shipments falling almost 20 million short of the 2015 total.

To be clear, it is highly unlikely that PCs will become an endangered species within the next few years, particularly in professional use, but it seems fair to assume that the PC industry won't be able to climb back to previous heights anytime soon, if ever. 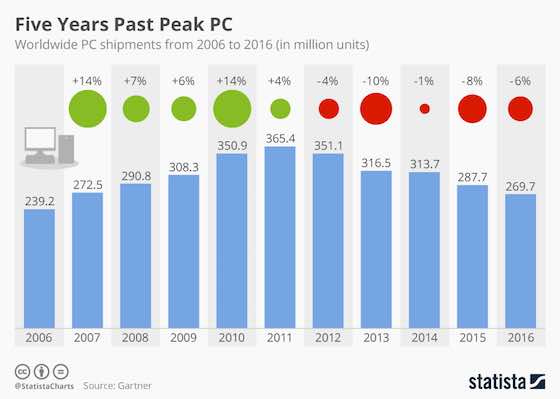