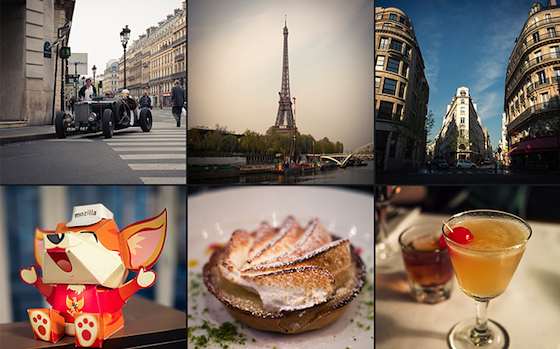 Android and iOS owners browse and use apps at different rates. But developers need to take those numbers with a big grain of salt -- here's why

The first phones running Mozilla's Firefox OS are expected to hit the market this year, giving developers another platform in the mobile space.

Firefox OS is a mobile operating system that lets developers create all of a phone's capabilities as HTML5 applications. Mozilla announced developer preview phones, created by Geeksphone, based in Spain, in conjunction with Spanish telecom firm Telefonica.

In a consumer thrust, the first commercially available phones using Firefox OS are expected to roll out in Brazil. That venture involves device maker TCL Communication Technology and Telefonica. Chinese smartphone maker ZTE, meanwhile, disclosed plans to launch a Firefox OS-based phone in Europe this year. The company told Bloomberg that a U.S. debut is also possible in 2013.

Firefox OS joins entrenched mobile OS players Apple and Google and challengers such as Microsoft. It also competes with other mobiles OSs emphasizing web standards. Those include Tizen, an OS that counts Intel and Samsung among its backers, and Jolla's Sailfish.

How Firefox OS Fits in the Industry

"Mozilla is a not-for-profit player, so I would argue that its primary objective is not to take over the mainstream smartphone market," Markkanen says. "Rather, it's to act as a key driver for a more open -- less walled -- development landscape." Markkanen adds that he would chalk it up as a win for Mozilla if Firefox OS prompts competing OS vendors to start adopting web APIs more aggressively.

"It's early and there's a lot to still discover about what its goals and impact will be," says Tim Hoechst, chief technology officer of Agilex, a mobile app solutions provider based in Chantilly, Va. "It feels to me less like a viable new platform for commercial mobile devices and more of a reference architecture for developers to be able to drive web standards more rapidly."

Like Markkanen, Hoechst also points to Firefox OS as a potential industry influencer. "If we say there is a reference architecture that is the latest and greatest and even the bleeding edge of what those mobile standards will be for...truly portable web applications, it will act as a forcing function for those commercially viable OS platforms to keep up with the standards," Hoechst explains.

Industry watchers anticipate Firefox OS phone activities to initially focus on lower-end devices and emerging markets. "Aiming for the lower-end devices is the right strategy, because the performance gap versus native OSs -- and native apps -- won't be that substantial," Markkanen says. "Emerging markets are an obvious priority, given the price points.

A Telefonica executive last year was quoted saying the Firefox OS handsets in Brazil will cost less than $100. "Latin America is probably the most important region, at least for the time being, with Telefonica being the most active carrier partner thus far," Markkanen says.

That said, Hoechst notes that Firefox OS might be better off as an exemplar of openness rather than a platform. Mozilla describes Firefox OS as existing free of the "walled garden" in which other mobile OSs find themselves. But he adds that Apple and Google needed to put up their walls to secure their products and make them work with various OEM platforms.

Firefox OS may eventually need its own walls to prove commercially viable, Hoechst suggests. "It would be cooler if...this was a pure implementation of what an HTML5-based OS should support, instead of a new mobile phone platform."