Why Mobile Is Such a Big Deal for Big Data 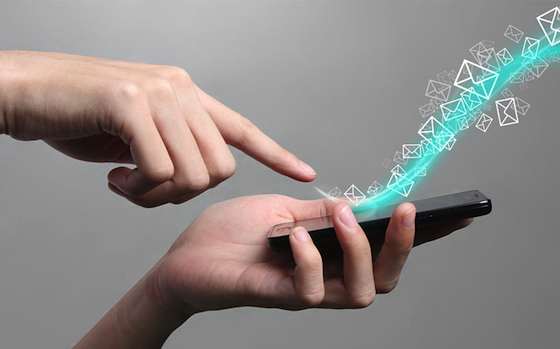 Why Mobile Is Such a Big Deal for Big Data

Data mining has been around since the 1970s, but mobile is an opportunity to plumb that information to new depths

Few things are as personal as a mobile phone.

In fact, it's something that most people have with them every waking moment -- and often while they're asleep.

Consumer behavior like this makes mobile phones an opportunity to collect information about users throughout the day rather than just when they're at a computer. In fact, for some people, the mobile phone is the primary way they go online, making that device the most effective way for everyone from advertisers to app developers to understand and reach their target markets.

Big data involves aggregating information from potentially disparate sources with the goal of drawing meaningful conclusions about what a person or group might be most interested in. Data mining has been around since the 1970s, but as mobile penetration has skyrocketed, so has the opportunity to gain even more insights into how consumers spend their time and money.

The information flows in both directions: Mobile apps are sources of information for big data analytics companies such as Google, but developers can also pull information from those digital warehouses.

"What we're all trying to do is [figure out] how to get more of that person's time," says Mike Wehrs, president and CEO of Scanbuy, whose ScanLife QR code reader app has been downloaded more than 6 million times. "How do I continue to add value and remain relevant to their life? Big data is a means to that end."

Do You Know Where Your Customers Are?

About a decade ago, regulators such as the FCC began requiring all new mobile phones to have built-in location technology such as GPS to help find emergency callers. Those mandates were a milestone in big data history because they changed the nature of the information that can be captured and mined compared with desktops and laptops.

"The big difference is that desktops are stationary and laptops do not in general have GPS sensors, so there is a location awareness in the data that can be captured and mined from a mobile device," says Andrew Purtell, principal architect at Intel.

"Location awareness is a gateway into a new way of interacting with services," says Purtell. "For example, on services such as Twitter or Foursquare, users can publish their location to trusted members of their social network. We know these services then mine this location and activity trace for sale to advertisers and commercial concerns in general, producing new business models."

A straightforward example is pushing ads and e-coupons to mobile users based solely on their location. Depending on the app, there are additional opportunities for developers, advertisers and others to interact with users.

"Increasingly, people live within the virtual world presented by their mobile devices as they move through the physical world," Purtell says. "Location-aware games overlay a virtual world over the physical. For example, the Niantic Project plays out in physical space around the players, in which they interact with a virtual world overlaid onto their local neighborhood, blending the imaginary with the real.

"Retailers can publish special offers to potential customers who are physically near their location, injecting suggestions into the stream of consciousness, facilitating impulse shopping in a way previously not possible. Responses to location-specific offers can be mined for refinement of future offers."

Location-specific offers also show how big data can be both a challenge and an opportunity for developers and the companies they work with. Big data is a chance to push a promo to customers when they're literally in the right place to take advantage of it.

For example, a person whose social network interactions frequently revolve around coffee seems like an ideal candidate for an e-coupon when she's passing by a café. Developers can get information about those kinds of interests by buying it from, or partnering with, big data providers.

The challenge is that she might not be interested in coffee at that moment. If that's the case, the promo comes across as spam, and if it happens often enough, she might shut off that feature or uninstall the app. Either way, that marketing and revenue opportunity is now lost.

Developers can avoid that problem by giving users a way to indicate that they're interested in receiving promos, such as by having the café put a QR code or NFC tag in its window.

"That's an expression of interest," Wehrs says. "Now I'm initiating, and if I get an offer, I'm happy about it. It helps you provide a less-invasive experience for your end consumer.

"The whole promise of big data is that you'll never perceive that you're getting spam again. [You'll never receive an] offer that isn't for you because there will be so much intelligence in the system."

So while data mining on computers has been around for decades, the big data trend on mobile devices holds a stronger promise: Developers and companies collect valuable information about consumers and, in turn, pass that value back to them by better meeting their needs.

Mobile Technology & Smartphones: "Why Mobile Is Such a Big Deal for Big Data"