Putting Mobile Developers to the Test 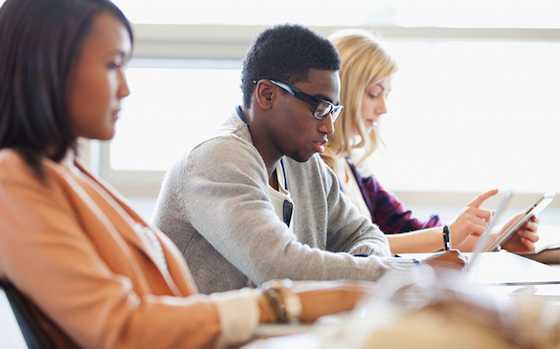 Putting Mobile Developers to the Test

Mobile app developers can point to past projects to build credibility with customers, but newcomers lack that option. And even experienced hands may want to obtain some objective measure of their abilities -- a seal of approval of sorts.

Training and developer certification tracks have become commonplace in such IT fields as networking and security. Mobile development, as a relatively new area, has generally lacked vendor-neutral certification programs. But that situation has begun to change.

The Mobile Development Institute (MDI), a division of On The GoWARE, a mobile app development company, offers its MDI Certified Developer (MDICD) program to mobile developers. In addition, CompTIA and viaForensics are working on a secure mobile developer credential, slated for launch later this year.

Mike Newman, president of On The GoWARE, says certification can help developers early on in their careers as they look for full-time positions. Employers stand to benefit as well when a job applicant can back up his or her claims to competence. "It is difficult for a lay person...to qualify technical people," Newman says.

MDI offers MDICD certifications in Apple iOS, Google Android> and BlackBerry. "It is not necessarily just a general mobile developer certification -- you get certified in a particular specialty," Newman explains.

Students or developers often obtain certification on more than one platform. Initially, BlackBerry was the most-requested MDICD certification. Next came Apple iOS. But the rise of Android reduced demand for BlackBerry certification, Newman notes. MDI will eventually cut the BlackBerry program due to lack of interest.

The certification exam calls for students or developers to log into their app store developer accounts and demonstrate that their apps are available for download.

An exam proctor then conducts a remote viewing session of the test taker's development environment. Among other things, the proctor will check to see whether the appropriate development tools have been installed and configured and ask the test taker to make a slight modification to his or her app. The modification must be demonstrated in a simulator. A list of exam requirements is available here. As for price, each examination has a $375 proctor fee.

MDI offers training classes toward the MDICD certification. Students with little or no programming experience can begin with a programming fundamentals and mobile technology introductory course, move on to foundational courses in Objective-C and Java, and eventually take operating system-specific classes. Experienced developers seeking certification may take the certification test without signing up for the classes.

Ted Eull, vice president of Technology Services at viaForensics, says the companies are in the exam development process. He expects the credential program to launch in the first half of this year.

In an interview last year, CompTIA and viaForensics officials said the credentialing initiative will educate developers on the differences between securing mobile apps and shoring up traditional applications. The program aims also to discuss the mobile app threat model and provide practical experience in coding secure mobile apps.