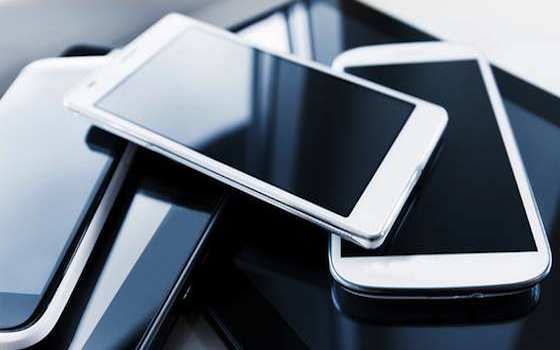 More than half of U.S. mobile users have a smartphone. What will convince the remaining half to ditch their feature phone? Part of the answer lies abroad

Fifty-five percent of American mobile users now own a smartphone.

That's about 130 million people, which is a big pool of potential customers for your app. But what if that addressable market doubled?

It won't happen easily or soon. The low-hanging fruit -- techies, prosumers, business people -- has been picked. Meanwhile, T-Mobile USA is among the mobile operators scrapping the tradition of handset subsidies. If that becomes a trend, then feature phone owners who want to upgrade tomorrow will have to shell out at least twice the amount they would today.

That's one barrier. Another is the cost of a data plan, although that's becoming less of a hurdle thanks to the growing selection of cut-rate, unlimited-data plans, such as those from Straight Talk ($45) and T-Mobile USA ($30). The roll-out of Long-Term Evolution (LTE) could enable even more aggressive pricing strategies because the technology significantly lowers an operator's cost of delivering data service.

"Carriers are interested in smartphone growth since they can compensate drops in voice and SMS revenue with data flat rates," says Brent McMicking, who manages Intel's phone launches worldwide. [Disclosure: Intel is the sponsor of this content.]

Who's Using & Not Using Smartphones

The analyst firm iGR asked over 1,000 U.S. consumers about their plans to buy a phone in the next 30 days.

The catch is that not every first-time smartphone owner uses many -- or any -- apps. "[After] six months, my father-in-law has yet to use his iPhone 4 for anything except voice and text," Vartabedian says. "He uses the preloaded weather and stock apps, but that's it. Maybe some Web browsing. I think he generates about 20 MB of 3G data in a month. I don't think he's even opened the App Store."

Smartphones Take Off in Developing Markets

There are a couple of reasons why it's worth looking at smartphone adoption outside of the U.S. The first is that there are big potential markets, at least for those developers willing to localize their apps, such as in terms of language.

The second is because the strategies that vendors are using to upsell foreign consumers could be applied in the U.S., too. One example is the Yolo smartphone, which Intel and Safaricom recently launched in Kenya. It's noteworthy because it's the first smartphone to feature a processor and reference design created to reduce manufacturing costs without cutting corners such as performance.

For example, the Yolo smartphone has 1.2 GHz processor, a 5 megapixel camera and support for 21 Mbps HSPA+ service.

That feature set is a break from tradition: In both developed and developing markets, affordable has been synonymous with pokey processors, limited memory and other shortcomings. Those undermine the app user experience.

"In India, Indonesia and China, they're cutting corners left and right," Llamas says. The device build [quality] is rather cheap, so people are replacing their phones every six to eight months."

The Yolo smartphone sold out within two weeks of its debut. That suggests that a lot of people in developing countries who don't own a smartphone already understand the benefits of owning one, such as the selection of apps. Translation: There's pent-up demand not only for smartphones, but also for apps.

"In emerging markets, smartphones will be the first computer device for many people and provide a deeper Internet experience versus feature phones," McMicking says. "Pent-up demand for smartphones is a function of perceived value and the overall experience, of which apps are a part. The opportunity for developers is to reach a new set of customers."