Most iPhone Users Never Look Back 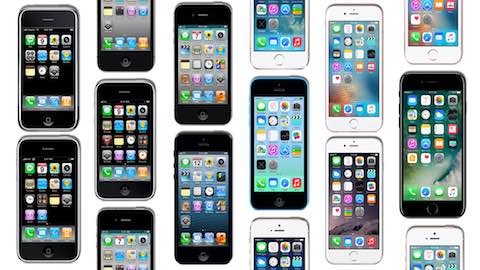 Most iPhone Users Never Look Back

Apple users are notorious for their loyalty. With the most ardent fans sometimes branded 'sheeple' for their unbending commitment to the company and its products, Apple is clearly very good at customer retention.

A recent survey by Morgan Stanley confirms this, showing that 92 percent of iPhone owners intending to upgrade within the next twelve months will stick to an iOS driven handset.

Not only is this an impressive figure, second-placed Samsung is way off the pace. With 77 percent saying they would buy again next time round, the Galaxy brand clearly still doesn't inspire the same levels of devotion as its Californian competitor.

This infographic shows smartphone brand retention rates in the United States in 2017. 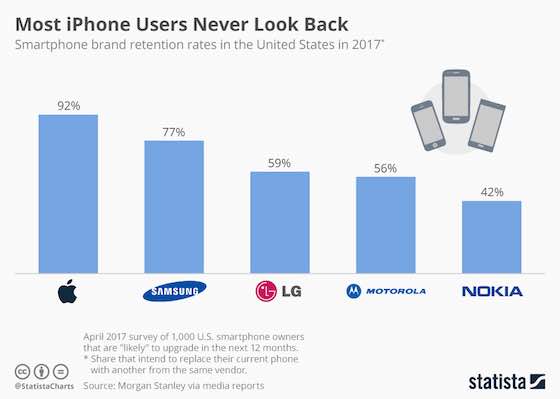