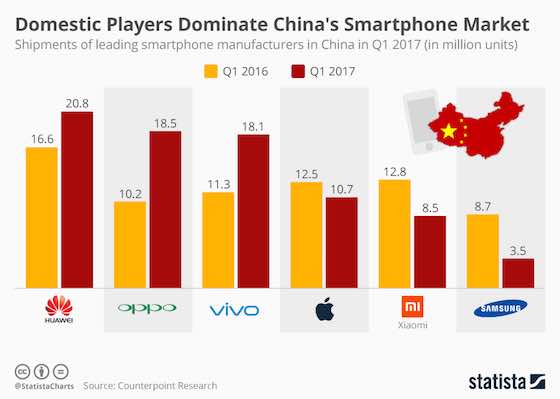 A look at the manufacturers that dominate the Chinese smartphone market.

According to data published by Counterpoint Research, the Chinese smartphone market grew 4 percent in the first three months of 2017.

The growth in unit shipments was mainly fueled by domestic players such as Oppo, vivo and Huawei who outpaced the market by a significant margin. Meanwhile, global market leaders Samsung and Apple failed to reach previous heights as both companies suffered double-digit sales declines.

The chart above shows the most successful smartphone vendors in China based on unit shipments in Q1 2017.