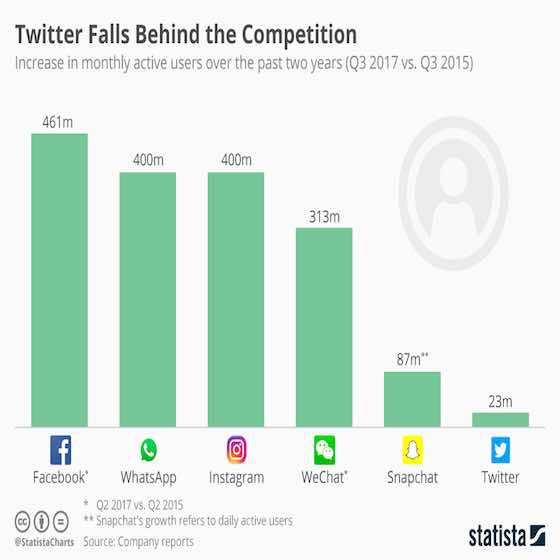 This chart compares Twitter's long-term user growth to that of the company's competitors.

Twitter's biggest problem for the past few years has been its lackluster user growth.

Under the circumstances it must have been especially hard for the company to admit that it overstated its monthly active user numbers by one or two million since the fourth quarter of 2014 due to a miscalculation. In its third quarter earnings report, Twitter announced that its active user base had grown by four million over the past three months, but compared to other social media and messaging platforms that is nothing to brag about.

Now at 330 million monthly active users, Twitter added just 23 million users in the past two years (maybe 25 million considering that pre Q4 2016 numbers weren't restated after the miscalculation mentioned above). As our chart illustrates, many of the company's rivals have grown by more than ten times that in the same period.