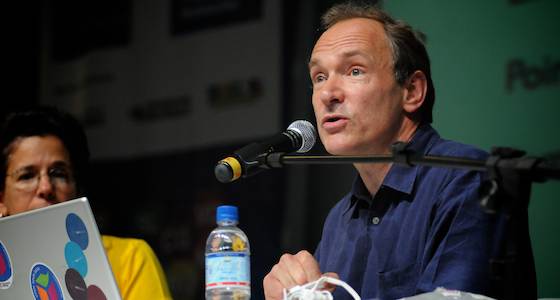 Millions of people around the world are being left behind, unable to get the information they need to better their lives because they cannot afford internet access.

Now that is about to change. The newly launched Alliance for Affordable Internet (A4AI) aims to drive down the cost of broadband Internet access in developing countries.

The group says this would allow two-thirds of the people currently not connected to connect.

"The majority of the world's people are still not online, usually because they can't afford to be. In Mozambique, for example, a recent study showed that using just 1GB of data can cost well over two months' wages for the average citizen, said Tim Berners-Lee, inventor of the Web and founder of the World Wide Web Foundation.

He added that "the result of high prices is a digital divide that slows progress in vital areas such as health, education and science."

"With the advent of affordable smartphones, new undersea cables and innovations in wireless spectrum usage, there is simply no good reason for the digital divide to continue. The real bottleneck now is anti-competitive policies that keep prices unaffordable. The Alliance is about removing that barrier and helping as many as possible get online at reasonable cost," Berners-Lee said.

Digital divide will be bridged country by country

To bridge the divide, A4AI says it will start with "in-country engagements" with three to four countries and will expand to 15 by the end of 2015. The group plans to issue an annual "Affordability Report" starting this December.

"Nearly two out of every three people don't have access to the Internet - this is a massive challenge that can't easily be solved by a single solution or player," said Jennifer Haroon, Access Principal at Google. "The world needs technical innovation and vision to bring more people online, but we also need a strong policy foundation that allows new ideas to flourish. By working alongside Alliance partners, we can help lay the groundwork needed to drive innovation and bring the power of the Internet to more people," she said.