Make Your Own Memes 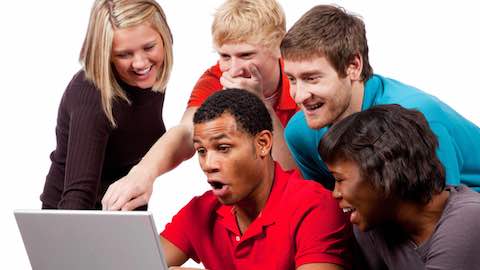 Make Your Own Memes

You may be wondering what a meme even is. The word originated from Richard Dawkins in 1976, and it stems from the Greek word “mimeisthai,” which means to imitate. Dawkins wanted a name for the cultural transmission of something that catches on, like a pop tune or an image.

Julie Logan, Director of Brand Strategy for Giphy.com, puts it this way: “Memes are like slang words, which become ‘slang’ simply when enough people recognize it as a thing,” she says. “In other words, when enough people share the image or GIF in a certain way, it becomes a meme. It’s an earned title, like a music album goes Platinum after it’s sold 1M+ copies. The images or GIFs themselves are like the album — it’s only after they become popular enough that they can be called a meme.”

So how do you create your own memes that start circulating to viral status?

Think of the image that you are sharing as a short, catchy, fun message. The more that you can grab your viewer in a few seconds and convey something they relate to, the more you will have sharable content that can become a meme.

You might combine images and text yourself, or use a tool like the free GIF maker Giphy Cam, where you shoot a short video that loops endlessly. It can take a simple movement from your cat, for example, and make it funny.

Imgur.com also has a free meme generator. You can use the upload a new background tab to insert an image, then add top and bottom text for a quick, no fuss meme.

Makeameme.org gives you photos to choose from and then you type your text.

No matter what tool you use, it’s important to use your imagination. Or, as Logan says, “Find a great GIF that embodies that feeling or thought you have in your mind, and turn it into a small meme by sharing it with friends.” You never know — your meme might be the next one to go viral on the Web.

Susan Marque got her M.F.A. in creative writing from The New School, writes for magazines, television, and is currently working on a memoir. She is also a healthy food expert, loves both food and tech, and all things photo related.  Her photo art has sold in Beverly Hills and London.