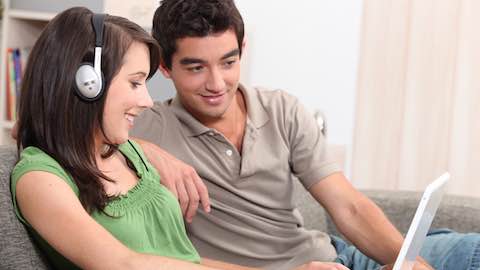 I’m a huge fan of TED Talks. Not only have they taught me a lot, they’ve helped me become a better person. They can do the same for your kids, says my colleague John Capecci. He’s the co-author of Living Proof: Telling Your Story to Make a Difference, and he coaches people on how to use their personal stories to inspire others.

Here are five of his favorite kid-friendly TED Talks (bonus: they’ll inspire you as well!):

Like most 12-year-old boys, Thomas Suarez loved playing videogames — so much so that he taught himself how to develop them. One of his most successful creations is the Bustin Jeiber whack-a-mole iPhone app, but he didn’t stop there. Today, he’s sharing his knowledge to help other kids develop a passion to become developers as well.

Science is for Everyone, Kids Included

What do science and play have in common? Everything. Just ask 12-year-old Amy O'Toole who, along with her classmates, collaborated with artist and neuroscientist Beau Lotto on a science experiment. Having proved that bees use spatial shapes between colors to determine which flowers are nectar-filled, the kids went on to write the first peer-reviewed scientific paper ever written by schoolchildren. It starts with four words all kids are familiar with: “Once upon a time …”

Oliver Percovich grew up skateboarding in Papua New Guinea. When he moved to Afghanistan, he combined his love of the sport with a desire to make a difference, and the result was Skateistan, a nonprofit organization that uses skateboarding as a tool to educate and empower youth.

A Teen Just Trying to Figure It Out

At 15, Tavi Gevinson had a hard time finding strong female role models who were her age. Rather than complain, she decided to do something about it. She built RookieMag.com, a site where teenage girls can find one another and share their multifaceted selves — strengths, weaknesses, uncertainties and all.

The Day He Stood Up Alone

Best for older teens (there are some graphic images)

Kenyan photographer Boniface Mwangi and some friends wanted to protest their country’s corruption, so they agreed to stand up and heckle speakers during a large public meeting. But when the moment came, his friend’s abandoned the plan, and Mwangi found himself standing all alone. In the process, he discovered his true self.

There are hundreds more TED Talks on TED.com and via the free TED app, which is available both on Google Play and the App Store. Watch featured talks or browse for topics of interest.

Freelance writer Bev Bachel lives in Minneapolis and uses her phone to talk, text and email friends and family around the world. She’s the author of What Do You Really Want? How to Set a Goal and Go For It!