An Internet Governance Model for the 21st Century 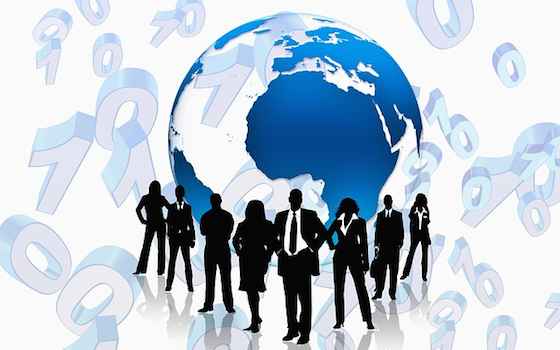 An Internet Governance Model for the 21st Century

by Michael Nelson and David Tennenhouse

The internet is transforming the global economy and changing our daily lives in fundamental ways. What's less appreciated is that the internet has also enabled a fascinating, decades-long experiment in international governance.

Unlike earlier international communications networks, such as the telephone and telegraph systems, there is no single, treaty-based organization that has guided the evolution and growth of the internet. Instead, internet governance has been the responsibility of dozens of different organizations, involving academics, technologists, governments, non-profit groups and businesses working collaboratively to create and implement the key standards, shape business practices and develop norms that have enabled the internet to grow at an astonishing rate. One strength of the multi-stakeholder model is that the forums in which issues are debated have been open to a wide range of participants. This model enables each forum to convene the world's top experts in the issues under discussion. It has also allowed new organizations to address issues as they arise.

The current debate is about whether future internet governance should continue to be multi-stakeholder based or if it should be multilateral, that is based on treaties between governments. A more fruitful discussion might be around which aspects of internet governance ought to be multi-stakeholder and which, if any, might be more appropriately handled in multilateral settings, such as the UN.

Some discussions of internet governance have focused almost exclusively on the management of domain names and internet protocol numbers. Other discussions focus on technical standards, such as those defined by the . Since the commercialization of the internet began all of these issues have been successfully dealt with via the multi-stakeholder model, in which dozens of different groups debate and address issues ranging from improving network performance to fighting spam and assisting less developed countries that are eager to leverage the internet. While governments participate in these discussions, almost all of the work to date has been done by the technical community and business.

Some governments have complained that multi-stakeholder forums are not addressing their concerns, which seem to fall into three broad categories: China, a number of Middle Eastern governments, and some other countries have sought ways to restrict the content and services their citizens can access over the internet; a larger number of governments believe that not enough is being done to address their citizens' concerns around topics that have traditionally been government functions, such as privacy, consumer protection, and cybercrime; and some countries worry that the , through its contractual relationship with ICANN, has too much influence over the decisions that shape the internet.

Collectively, these concerns have led many governments to call for a stronger multilateral role and, in some cases, for the consolidation of internet governance via a treaty-based body.

Today's decentralized, bottom-up internet governance system has enabled 'permission-less innovation', which has provided room for new technologies, services and start-ups. Proposals that call for an intergovernmental body to set standards and policies for all of aspects of the internet will inevitably narrow the options for innovation, and may lead to the fragmentation of today's globally connected network.

A far better approach would be for governments and international organizations to enumerate and identify solutions to the specific concerns that are being raised. For example, the first category of concerns, content restrictions, is not one where consensus is likely to be reached in any forum. Thus, it is a poor basis for establishing a new governance model.

The second set of concerns appears more tractable, especially if we try to deal with them individually. For example, few would deny that prosecuting criminals is an inherent government function and that, by extension, addressing trans-border crime is more of a multilateral than multi-stakeholder issue. Thus, the real challenge for this case is which of the existing multilateral forums that deal with trans-border crime and have the requisite expertise will be used to address this issue.

The third category of concerns relates to the unique role the US government has historically played through contractual relationships with the organizations that oversee the domain name system. This role does not have any practical consequence but it creates the unpalatable appearance that one government has a greater influence over the multi-stakeholder system than any of the others. We are encouraged by the recent US government announcement reaffirming its intention to relinquish the last vestiges of this unique role and setting a firm timetable for this transition. This is long overdue step that could take this concern off the table.

Finally, where governments have concerns that are not inherently government functions, such as those related to the operation of the internet. they should work within the multi-stakeholder model. Since it is bottom-up and not bound by international treaties, it is able to adapt to new challenges and resolve issues quickly, suggesting it might actually be a faster path for governments to see their issues addressed than traditional multilateral forums. Not surprisingly, this does not come naturally to many government officials, who are accustomed to participating in forums where they deal only with their peers from other governments.

The phenomenal growth of the internet and the services it enables in both developed and less developed countries are powerful arguments for reaffirming our commitment to the decentralized, bottom-up, multi-stakeholder model. Let's hope the governments of the world agree.