Figuring out the Puzzles 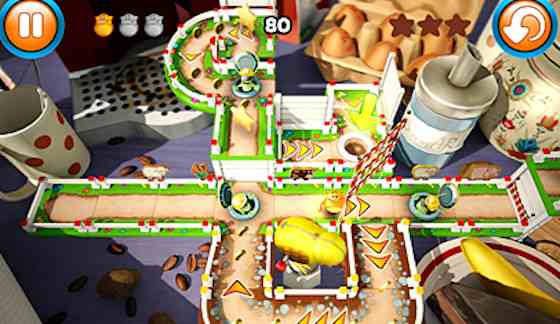 Figuring out the Puzzles

Puzzle-based games and adventure titles that feature puzzles have been a staple of gaming for years. A newer entrant to the puzzle segment is Crytek, best known for first-person shooters such as Far Cry and Crysis. The company recently branched out into mobile games with Fibble, a physics-based puzzle game that focuses on the travails of a crash-landed extraterrestrial.

Fibble, available on the iPhone, iPod and iPad, marks Crytek's first mobile offering as well as its first puzzler. We recently talked to Kristoffer Waardahl, studio manager of Crytek Budapest, about the company's new development direction.

How did you decide on a puzzle game for your first move into the mobile gaming space?

We've had similar ideas for a long time. As a games company, it's natural for us to tinker with different concepts and games. As the time became ripe for us to launch our first mobile game, Fibble was a natural first choice. We all like puzzle games, and it's a very popular genre.

Did any particular aspects of your game engine, CryENGINE 3, lend themselves to developing a puzzle game? What were the challenges in using a sophisticated engine to develop a mobile game?

Being a Crytek game, Fibble is powered by a version of CryENGINE; however, it's been modified for developing on mobile platforms. That allowed us to take the sophisticated elements and introduce them in the game in the form of things like high dynamic range rendering, tone mapping and camera motion blur, as well as introducing a new depth of field and high-quality lighting. So we met the challenges of using the engine by adapting it to suit our needs.

In making Fibble, did you come away with any insights as to what makes a puzzle game compelling for players?

Every game is a new experience. A puzzle game is all about challenging the cleverness of the player, and in Fibble we combined that idea with timing and skill to create a more varied experience -- and to add competitive elements such as high scores.

Essentially, our chief aim as a developer is to create fresh and surprising experiences, so in that sense there was a definite parallel there between Fibble and everything else we make at Crytek. In terms of what we did differently, we did a lot more user testing with a more diverse group of people than what we'd do for FPS games. Also, creating levels was a different challenge: to gauge the actual difficulty level of the more tricky puzzles.

Did you significantly change the development team structure to develop a mobile puzzle game?

It's a smaller-scale game, but it's not significantly different from general game-development practices. Fibble was done with a small multidisciplinary team.

Video Gaming: "Figuring out the Puzzles"