The Future of Gamification 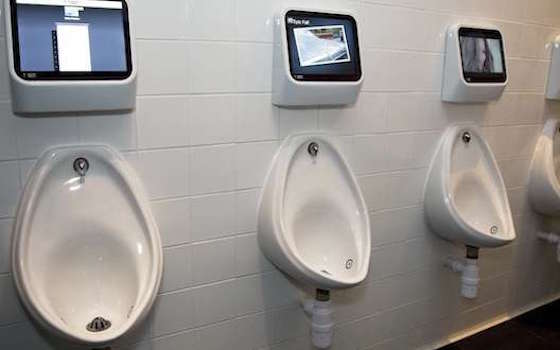 The Future of Gamification

by Janna Anderson and Lee Rainie

The word "gamification" has emerged in recent years as a way to describe interactive online design that plays on people's competitive instincts and often incorporates the use of rewards to drive action -- these include virtual rewards such as points, payments, badges, discounts, and "free" gifts; and status indicators such as friend counts, retweets, leader boards, achievement data, progress bars, and the ability to "level up."

While some people dismiss gamification as a fad, neuroscientists are discovering more and more about the ways in which humans react to such interactive design elements. They say such elements can cause feel-good chemical reactions, alter human responses to stimuli -- increasing reaction times, for instance -- and in certain situations can improve learning, participation, and motivation.

Technology consultancy Gartner has projected 50% of corporate innovation will be "gamified" by 2015. Another consulting firm, Deloitte, cited gamification as one of its Top 10 Technology Trends for 2012, predicting: "Serious gaming simulations and game mechanics such as leaderboards, achievements, and skill-based learning are becoming embedded in day-to-day business processes, driving adoption, performance, and engagement." Elements of game mechanics are being employed nowadays in training, marketing, education, and wellness initiatives.

Gameplay has long been a popular pursuit, from the simplest moves of Go, first played in China 3,000 years ago, to the massively multiplayer online games of today. Digital games generated $25 billion in sales in 2010, and their popularity is considered to be a driver of the adoption of elements of gamification in many Internet pursuits.

Another primary driver is the rapid uptake of social networks, now used by 70% of American Internet users, where reward and status elements are embedded in implicit and explicit forms in people's interactions in their engagement in online communities. Game elements and competition are interspersed throughout the platforms that have made social networks like Facebook and Twitter popular.

Marketers, businesses, and other organizations have come to depend upon the competitive metrics they derive from analysis and implementation of social networks to measure and drive consumer behavior.

Gamification is not, however, just about status, community building, and marketing. Game-like approaches to education and problem-solving are rolling out in new ways. To cite one prominent example, researchers at the University of Washington made headlines in 2011 with their game Foldit. It generated a crowd-sourced discovery of the mystery of how a key protein may help cure HIV. The game drew 46,000 participants whose gameplay took just 10 days to solve a problem scientists had been working on for 15 years. Non-digital and digital real-world games based on scenarios and problem-solving have been around for a while, but it wasn't until recent years that the label "serious game" was applied to this type of activity.

Some scholars and educators, too, have become interested in harnessing the potential of gaming mechanics and sensibilities as tools for advancing learning. A "serious gaming" movement has arisen to apply gaming techniques to such realms as military and corporate and first-responder training programs, civilization and environmental ecology simulations, K-12 educational programs on subjects like math and history and the sciences, news events and public policy campaigns, problem-solving strategies in the natural sciences, and even physical exercise programs.

Will the use of gamification, game mechanics, feedback loops, and rewards to spur interaction and boost engagement, buy-in, loyalty, fun, and/or learning continue to gain ground and be implemented in many new ways in people's digital lives between now and 2020?

A highly engaged, diverse set of respondents were asked by the Pew Research Center's Internet & American Life Project and Elon University's Imagining the Internet Center to answer this question in an online, opt-in survey. Some 1,021 technology stakeholders and critics responded in a more or less split verdict. Some 53% said yes that gamification will be widespread, but a number of them qualified this by saying the evolving adoption of gamification will continue to have some limits. Some 42% chose a more modest scenario that predicted gamification will not evolve to be a larger trend except in specific realms. Here are the details:

42% agreed with the statement:

By 2020, gamification (the use of game mechanics, feedback loops, and rewards to spur interaction and boost engagement, loyalty, fun and/or learning) will not be implemented in most everyday digital activities for most people. While game use and game-like structures will remain an important segment of the communications scene and will have been adopted in new ways, the gamification of other aspects of communications will not really have advanced much beyond being an interesting development implemented occasionally by some segments of the population in some circumstances.

53% agreed with the opposite statement, which posited:

By 2020, there will have been significant advances in the adoption and use of gamification. It will be making waves on the communications scene and will have been implemented in many new ways for education, health, work, and other aspects of human connection and it will play a role in the everyday activities of many of the people who are actively using communications networks in their daily lives.

Respondents were asked to select the one statement of the two scenarios above with which they mostly agreed; the question was framed this way in order to encourage a spirited and deeply considered written elaboration about the potential future.

Here is a sampling of their predictions and arguments:

Playing beats working. So, if the enjoyment and challenge of playing can be embedded in learning, work, and commerce then gamification will take off. It will help if the personal rewards of the social side of game playing spread to other realms.

One of the most affirming arguments came from an anonymous survey respondent:

"Gaming functionality will continue to grow and be used in more and more facets of our lives. People will receive training on the job, be exposed through education and development programs, have the ability to learn about areas that are important to them using this technology and social strategy. It will allow people to understand complex topics faster and with more nuances, and make the learning process more anticipated and less to be feared or avoided. New ideas will spread faster as the ability to educate more people becomes easier and quicker."

Others made the case this way:

Games can be compelling and that can easily lead to behavioral manipulation.

The real energy in social innovation will come in software that privileges cooperation.

The infatuation with gamification is today's fad and will fade.

The term "gamification" itself could use an upgrade.

Further points they made:

Barry Chudakov, principal at Metalife Consulting and a visiting research fellow in the McLuhan Program in Culture and Technology at the University of Toronto, shared a comprehensive view: "Play, it seems, may not only be an end in itself, it may be a better way to view and understand the world. The brilliant game designer and thinker Jane McGonigal has been saying for a few years, 'Reality is broken. Why aren't game designers trying to fix it?' Recently gamers deciphered the structure of an enzyme of an AIDS-like virus that had thwarted scientists for a decade. We will soon realize that games generate alternative realities. Because we view them as fictional worlds that are made-up, invented to entertain, we miss their astonishing utility. By 2020 we will see that these games and virtual worlds provide alternative ways of seeing and thinking, which is the essence of innovation. Games are like the apple falling in front of Newton's eyes. Seeing the apple fall, Newton understood something else, namely gravity. Our view of gaming may be a legacy of the live-to-work ethos of the Industrial Revolution; this view may keep us from seeing the powerful uses of gaming. By 2020 we will realize that gaming's ready-made (albeit carefully crafted) metalife is one of the best ways ever devised to see, understand, and improve upon reality."

Another comprehensive insight came from futurist John Smart, founder of the Acceleration Studies Foundation. "By 2020, gamification will have made more advances in entertainment and more inroads in education and mass consumption," he predicted, "but it will remain niche even for most retail businesses, as well as for health, work, self-help, personal productivity, self quantification, and other domains. People want to be increasingly entertained, and The Entertainment Economy and The Experience Economy are two good books describing how the best businesses will continue to drive us in that direction. But we simply don't have the artificial intelligence necessary to build really good versions of this yet, and educational software remains pitifully poor at creating games that improve, rather than distract from learning. By 2030, once we have a real valuecosm, and our artificial intelligence agents (our cyber twins) have good models of the values, history, and learning goals of their biological twins (us), we'll have an environment where gamification could move significantly beyond entertainment. Until then, notwithstanding great visionary works like Jane McGonigal's Reality is Broken, don't expect gamification to move us much beyond increasingly better entertainment games, and more serious games titles. Serious games will continue to remain mostly in the long tail rather than the fat head of the game market until serious artificial intelligence emerges."

Video Gaming: "The Future of Gamification"