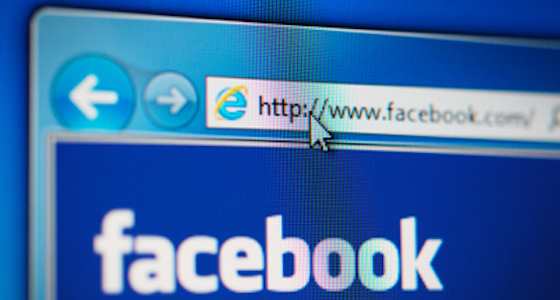 Think for a moment about how you spend your time online. Researching? Randomly clicking through Wikipedia? Watching cat videos?

Now think about who's there with you. Not in real flesh-and-blood terms, but who's hanging around you online … watching what you read and what you say.

Increasingly, spending time on the Internet is a social event, thanks to the pervasive influence of networks like Facebook, Twitter and Google+ (in addition to VKontakte, QZone and a handful of others.) We don't just read anymore; we share. Separating the online you from your "friends" you've connected with takes more and more effort.

But what if you need a break? What if you're just tired of your friends; can you take a vacation from them and come back a few weeks later like nothing happened?

That's the question researchers at the Pew Internet and American Life project explored in their recent study "Coming and Going on Facebook." And it turns out that lots of people are taking more short-term breaks from their online networks, but for a wide variety of reasons.

"What we're seeing is people are just taking a pause," says Pew director Lee Rainie, also a co-author of the study:

"They're not thinking they should abandon the site, they just want more time, less drama. A portion of people said they were nervous about privacy concerns. The people who come back apparently think there's an advantage for them being on, and they're ready to reengage and feel like it's worthwhile for them."

The report begins with a whopping statistic: that 67 percent of American adults who are online are members of Facebook. (That's probably no surprise to Mark Zuckerberg, but it's still a huge number of users.) Of those, nearly 61 percent say they have taken at least one voluntary break from the site for at least a week or longer; some many times.

The biggest reason for the Facebook fasts? 21 percent of respondents in the Pew survey say they just didn't have enough time for it.

"People just feel overwhelmed with the volume of social contact they have on Facebook and they're taking a break to capture a little more time in their life," says Rainie:

"There are other people who take a break and see what it does for them; to see whether it gives them extra time they cherish. You could almost hear people doing mental calculations of what are the advantages of staying on and taking a break, and it's this bigger story of how people weave technology into their life. Sometimes it feels appropriate to immerse yourself, and sometimes it feels appropriate to take a break, gather your wits and spend all of your time online."

Anyone who's a member of an online social network knows that there are times when your friends seem to be doing genuinely interesting things, and times when … well, not so much. At moments like that, a network like Facebook can feel like a chore filled with drama or tedium. Rainie says the study suggests that people are becoming more open to the idea of taking a short break to refresh, re-evaluate, or just catch their breath.

And when they come back from their fast? "69 percent, a large majority, say they're ready to engage with their online friends just about as much as they did before.

It's an ebbing and flowing; it depends on what's going on in their life, the season, what their friends are talking about, a whole host of factors," says Rainie. "People are trying to figure out where social media fits in their life."

So, the next time you think you want a little break from Facebook, perhaps you should take one.