Testing as a Service 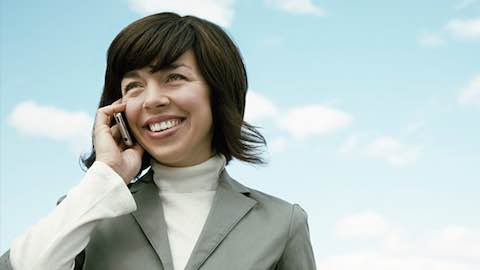 Testing as a Service

Add software testing to the numerous IT functions now offered in the cloud. Vendor offerings are sometimes referred to as Testing as a Service (TaaS), a reference to other cloud products such as Infrastructure as a Service, Platform as a Service and Software as a Service.

Some companies provide TaaS on a fully outsourced basis -- the customer hands over the software to be tested and the vendor conducts the tests. Other testing companies, including those targeting mobile app developers, pursue a different strategy. Such vendors offer an Internet-based testing platform that lets developers remotely access an array of mobile devices on which they conduct their own app tests. This testing approach frees developers from having to acquire -- and keep track of -- multiple devices for testing purposes.

It's easy for developers to end up with a room full of devices they purchased for testing, says Gidi Pridor, vice president, business development, at Perfecto Mobile Inc. That approachisn't scalable and costs a considerable amount of money, a particularly pressing issue for smaller developers, he says.

Perfecto Mobile lets customers remotely access and control more than 500 mobile devices for application testing. The Boston-based company also has plans to expand, having secured a $15 million round of financing in October.

While the testing platform helps smaller firms with testing costs, there's a plus for large enterprises as well. Pridor says a cloud-based platform eases the logistics of testing on technology that's in a constant state of flux.

"This market changes all the time," Pridor says. "It's unpredictable and dynamic. Managing the relevant offerings and having everyone in your organization getting access to that is a big logistical nightmare."

Rachel Obstler, senior director of product marketing at Keynote Systems Inc., which offers its DeviceAnywhere cloud-based mobile app testing platform, says most organizations don't want to be in the business of buying phones for their Quality Assurance teams and then having to track those assets. Enterprises often have geographically dispersed QA teams, so ensuring accessibility to mobile devices also becomes an issue. "If organizations have a central place where [QA teams] can access devices over the Internet, it is much more efficient," she says.

The testing platform also paves the way for automated testing. Automation is critical for reaching a level of sustainable quality for mobile apps, says Pridor. The Perfecto Mobile platform lets customers automate a test script on one device and then port it across any other device. Specifically, Perfecto Mobile's ScriptOne technology lets QA script tests that span multiple devices, irrespective of operating system or carrier.

Similarly, DeviceAnywhere lets QA teams automate test scripts to "capture, verify and replay" user interactions on mobile devices, according to the company. "Once you have this platform, it is something you can then automate on," Obstler says.

Perfecto Mobile's MobileCloud, for example, lets customers access a large pool of shared devices, Pridor explains. The service targets smaller companies. The company also delivers its platform on a private cloud basis. Large enterprises in such industries as healthcare and financial services use the private cloud model due to security and regulatory compliance concerns, says Pridor. But the larger firms may also use the public cloud to supplement their dedicated resources.

"Testing as a Service"