What Your Teens Should Know Before Using Snapchat 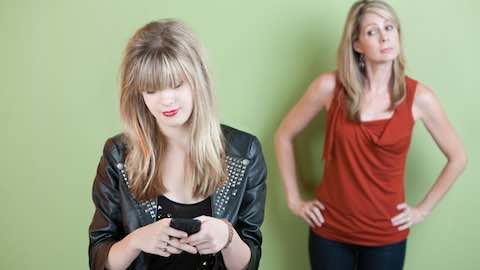 What Your Teens Should Know Before Using Snapchat

With 110+ million daily users, Snapchat has overtaken Facebook and Twitter as the new go-to app for teen’s social interactions.

The Snapshot app allows teens to send instant temporary photos and videos, which are spontaneous, carefree, and have no long-term traceability- everything a teen would want when talking to friends.

The app encourages creativity and humor through its regularly updated features. Creating Snapchat stories, being able to draw and animate photos, deciding the length and viewership, all make Snapchat ideal for and attractive to kids. But what do we really know about the app? Unlike Facebook and Twitter, there are no posts or comments to follow and we cannot see another user’s friends or followers, making it hard for us to know what our teens are saying and to whom they are saying it to.

There are many concerns surrounding teens’ use of social media, so a social media app that has no traceability naturally heightens these fears. Bullying has been a huge issue across all social networks. Teens can use these popular networks to send hurtful messages to one another and exclude those deemed unpopular. How do you know your teen is not victimizing a peer or is the victim of Snapchat bullying? It is important to guide and express to your teen what is acceptable to post and send to their peers.

This problem is not unique to Snapchat, but the very nature of the app raises the issue of security. There are over 400 million Snaps sent a day to a global audience, so who is receiving those photos and videos? There is a trend amongst teenagers to gain the highest amount of followers they can whether they know the person or not; friends of friends, celebrities and random inviters are just some of the folks your teen could be adding to their ‘private’ account. Being able to send an image across the world is an example of technology at its finest. However, teens must be aware that not everyone is as carefree and innocent as their photos may be. There will always be ‘trolls’ and others looking to exploit underage teenagers.

Teens see Snapchat as a short-term and fun way to connect and express themselves. This means they see no lasting effects of sending inappropriate photos and videos to one another. There are countless concerns we hold as parents knowing our children do not understand the severity or long-term ramifications of sending these types of images. The screenshot feature also allows Snap images to become permanently saved onto a recipient's phone, which makes the inappropriate photo a lasting image which can be sent and re-sent without your teen’s permission.

Adding to this concern, Snapchat owns the right to every Snap that is sent through their network, which means sending a 10 second photo may be picked up and viewed for a lot longer than your teen’s desired time. Each multimedia message sent from your teen’s Snapchat account is liable to them and they can face public backlash and legal consequences should it be severe enough, which is a concern considering how often a teenager will have a phone stolen, lost or lend it to a friend. It is issues like these your teen does not understand. When Snapchat transitions from temporary fun to permanent post, those concerns multiply. Speaking candidly with your teen about the right way to use Snapchat, along with its risks and benefits will help them enjoy the upside of this popular app.

Heidi Raker, mother of three tech-obsessed teens, has written about lifestyle products and parenting for over 30 years. She has a no-cellphone-at-meals policy, which remains one of her biggest family challenges.

Software & Apps: "What Your Teens Should Know Before Using Snapchat"