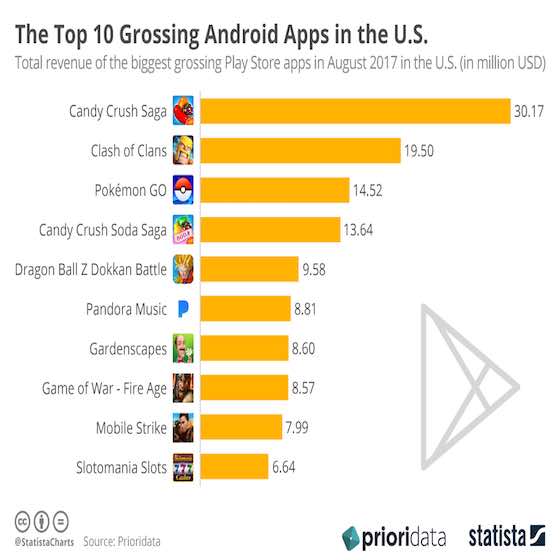 Here are the Top 10 Grossing Android Apps in the United States.

According to figures from Priori Data, the Android app generating the most revenue in the U.S. in August was Candy Crush Saga. The game grossed over $30 million last month, $10.67 million more than the second most lucrative, Clash of Clans.

In fact, games almost completely dominate the top ten, with online radio service making it into place six with $8.81 million.

This chart shows the total revenue of the biggest grossing Play Store apps in the U.S.