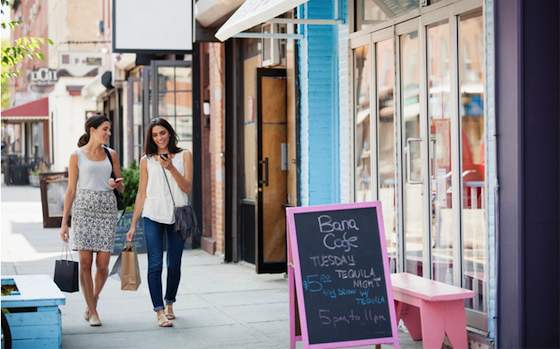 Store-locator apps that direct customers to the retail location of their choosing have become a standard and expected capability of mobile devices. But retailers and consumer packaged goods makers are pushing the technology to the next level: apps that helps consumers zero in on stores that carry particular brands or help them find where items are located within stores. Those item or product locators have begun to emerge, attracting interest from a range of retailers and product companies.

Nathan Pettyjohn, founder and chief executive officer aisle411, a Palo Alto, Calif. company that makes an indoor mapping and search platform, says consumers' interest in mobile apps that create an engaging in-store experience have grown exponentially during the past year.

"Eighty three percent of shoppers report difficulty finding the items they're looking for in stores," Pettyjohn explains. He adds that this situation makes indoor search, navigation and interactive store maps the most useful form of in-store mobile applications.

Meanwhile, OnTerra Systems has encountered demand for product-locator apps that help brands get noticed. Steve Milroy, president of OnTerra Systems, says his customers started asking about product locators about a year ago. The company focuses on web mapping and location-based services, among other areas.

Store locators, while useful, don't offer brand managers the level of specificity required to stand out on in the crowded retail space. "They need to create their own apps to highlight their products and allow consumers to find their products," Milroy says.

OnTerra Systems earlier this year completed a product locator for Beanitos Inc., which makes low-glycemic, gluten-free chips from beans. OnTerra Systems used its store-locator development platform, LocatorSavvy, to create the Beanitos locator, which directs customers to nearby Beanitos-carrying stores via mobile as well as web browsers, the company says.

Essentially, OnTerra Systems extended its Web mapping locator technology from finding stores to finding stores associated with specific products. The approach resonates with small- and medium-sized brands, according to Milroy.

"Beanitos isn't a large brand; they are probably a medium-sized brand," Milroy says. "They are specialized -- they play in the gluten-free market. We have found that the smaller and medium brands can adopt product locators to help them compete with the larger brands."

Companies marketing megabrands, however, are also looking into product locators. Patrick Campbell, chief operating officer at OnTerra Systems, says the technology can provide a boost to "any product that is trying to get on a retailer's shelf and get noticed."

For its part, aisle411 provides indoor map and search capabilities for customers such as drug retailer Walgreens and the Price Chopper supermarket chain. The size of the store -- and how often customers shop there -- drives the need for item locators, Pettyjohn says. "Our research shows that the larger the store and less frequently it's visited, the higher the shopper demand for mobile item location services," he says.

At or near the top of the list, Pettyjohn says, are home centers, mass merchants, grocery stores and drug retailers. "It's been our experience that the grocery and drug channels have been innovators and first to respond to shopper demand," he says. "However, we expect to see home center and mass merchants adopting the same technology in the coming months."

"By integrating our developer API and SDK, our technologies are then easily leveraged by partners including retail, shopping, navigation and social apps," Pettyjohn adds.

Other technologies may begin to influence product and item locators. A mobile device's ability to read QR codes or barcodes lends itself to price comparison apps, for example. Milroy says there is some convergence in the market between those apps and product locators, but notes that his company isn't using barcode-reading technology.

In addition, object recognition seems a natural fit for drilling down for information on products found in a store. Indeed, some activity has begun to surface. Mathecsys, a technology consulting firm, lists mobile object recognition for retail among its projects. The retail project, according to Mathecsys, would let shoppers use a mobile device to take an image of a grocery store's flyer and receive information and discounts on the selected product.