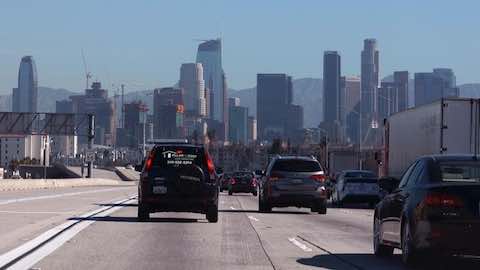 Google's Navigation Waze will expand its carpool service throughout California, including the key car hub of Los Angeles, in its largest scale rollout of the service owned by Alphabet's (GOOGL.O) Google.

The fast-growing ride services industry has attracted technology giants like Uber and Alphabet, established automakers like Ford and General Motors and a host of start-ups, all tapping into mobility services that are seen as the future of transportation.

Users of the Waze Carpool app will be able to find rides from Waze drivers already going their way - and vice versa - throughout the state, expanding on a service only available to date in the San Francisco Bay Area.

"Carpooling takes density and doing it on a limited capacity, you can only learn so much," Josh Fried, head of Waze Carpool, told Reuters. "We wanted to expand to a Waze hub. It's our first attempt to see if we can go big into a region."

Los Angeles has the most Waze users in the world, Fried said.

Riders who accompany drivers on their routes share their gasoline expense, calculated at no greater than the federal mileage rate of $.54 per mile.

Waze currently takes no cut of the transaction but will eventually take a commission "when the quality of the service is high enough to warrant this," Fried said.

During a test pilot in Israel, where Waze was founded, the company took a 15 percent cut.

Waze's focus on the driving experience today stands in contrast to that of Waymo, the former Google self-driving unit, which is developing autonomous technology. Waymo announced a tie-up with Lyft earlier this month to conduct self-driving pilot programs designed to reach more people than current tests in Arizona.

"We have two different roadmaps," said Fried, noting that it will be at least a decade before self-driving cars reach the market. In the meantime, Fried said Waze enjoyed Google's "full support to take the time we need to make this work."

Waze also plans to launch in Brazil by the end of 2017.