App Marketing: How to Gain Traction in the App Store 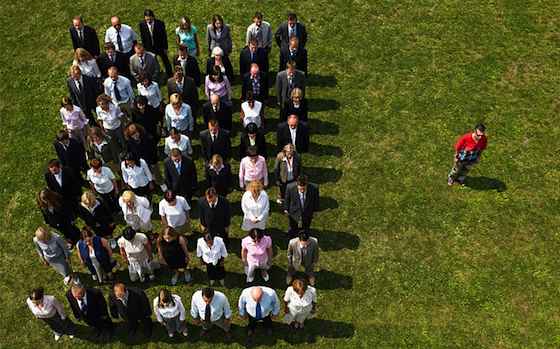 App Marketing: How to Gain Traction in the App Store

Getting buyers to beat a path to your app store doorstep is easier said than done. Here's how to spread the word with app marketing

Developing a mobile application is tough enough, but then comes the real challenge: getting noticed on a major app distribution platform.

Apple's App Store and Google Play each topped the 700,000 application mark last year. An app maker won't be competing with all of them, but each app, regardless of genre, may well face hundreds if not thousands of rivals. Climbing to the top of that pile using app marketing -- a task marketers call "gaining traction" -- is far from easy.

"If the volume of apps approaches anything like Android and Apple, the biggest problem everyone has is discovery," says Chris Skaggs, founder of game development company Soma Games.

According to Skaggs, some independent developers have taken the "field of dreams attitude" -- if they build a fun game, people will find it on their own. That approach may have worked in the early days of app stores, when a developer could launch an original, quirky game and expect to grab some attention. But "that is just not the case anymore," says Skaggs. "It was always going to be a closing window. We all understand that marketing is part of the deal."

"The problem is, sometimes nobody is watching when you're coloring outside the lines," adds Scott Steinberg, a strategic innovation consultant.

Deborah Tillett, president and executive director of Baltimore's Emerging Technology Center, which houses AccelerateBaltimore, says technology developers tend to think of app marketing as an afterthought. Part of her organization's mission is to get entrepreneurs to think about their points of differentiation and how to articulate them. "Can you convey concisely what it is you do?" Tillett asks young companies.

Steinberg agrees that developers should think about the audience and ways to reach potential customers from the very beginning. "Before you make the app, understand...who the customers are and how you are going to reach them," he says.

The "how" of app marketing could include a mix of website marketing, search engine optimization and social media outreach, among other measures. As for social media, Steinberg recommends engaging influencers of all types: reviewers, high-profile members of a given community, and Facebook followers among others. "It's an all-of-the-above strategy," he says.

Skaggs, meanwhile, advises app makers to develop products for multiple platforms so they can tap multiple distribution channels. "Our position is that you don't ever want to say, 'I am making an Ultrabook game,' if that means to the exclusion of other things," he says. "To leave off Apple and Android and Steam is just a bad idea."

Focusing on one platform and one online store ignores a lot of eyeballs and could leave a lot of money on the table, Skaggs notes. Soma Games' Wind Up Robots title, for example, is available in the Intel AppUp center as well as Android and Apple online outlets.

Learning an online store's hot buttons and aligning with them can also boost developer's prospects of app marketing. This tactic depends on the ability to develop contacts at the app stores, which requires some degree of persistence and luck.

Hardware manufactures also offer partnering potential. Skaggs says those companies are looking for apps that will make their hardware shine. "The hardware people are really driving a lot of the conversation," he notes. "If you can make their technology look good, you have a good chance of getting their attention."

In a recent case in point, Soma Games' Wind Up Football was built as part of Intel's Ultimate Coder: Ultrabook Challenge. The challenge tasked developers with creating apps that harness Ultrabook device features such as graphics, touch and sensor technology capabilities.

"Showcasing hardware features is a great tie-in to a store, but it's also important to help ensure the app description and submission clearly state the benefits," says Alexis Crowell, product marketing manager for the Intel Digital Stores. "Given the volume of apps being submitted into any given store, we suggest making it as easy as possible for the editorial team to know the key differentiators. Clear descriptions are as important as eye-catching visuals and graphics that capture consumers' attention."

Riding the promotional strength of a major manufacturer can attract more attention in online stores. "Align with distributors and manufacturers," Steinberg says. "No one can open more doors of opportunity than they do."

Software & Apps: "App Marketing: How to Gain Traction in the App Store"