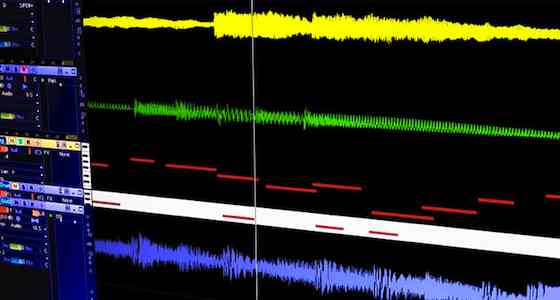 Mobile apps for tuning a variety of musical instruments are readily available, but a recently demonstrated iPad app expands the musician-helper category beyond those basic tools

The software, dubbed Celeste, helps configure pipe organs and was among the featured apps at the University of Utah's Mobile Application Demo Day.

Celeste tackles the issue of setting up an organ's stops, which the organist uses to manage -- allow or block -- the flow of air to certain pipes. Configuring organ stops for a particular piece of music can prove time consuming, but the iPad app lets musicians keep all the organ stop settings they need at the ready. It's an insurance policy of sorts should someone inadvertently overwrite the preset stops in an organ's memory bank before a performance. Rob Stefanussen, the University of Utah computer science student and organist who wrote the app, recently spoke with us about Celeste.

What inspired you to develop Celeste?

I have had the good fortune of being able to perform occasional recitals on the organs at Temple Square in Salt Lake City, Utah. There are two organs on which recitals are played as part of the traditional noon recital series. Both of them are large instruments in the sense that they have many stops, or sets of pipes. Configuring these stops for a performance is a nuanced and time-consuming process. I wanted to be able to save all my configurations without having to rely on the organ's limited memory. Celeste was my solution to that problem.

It's hard to imagine an instrument more complicated than an organ -- multiple manuals, foot pedals, perhaps 100 or more stops with larger organs, and all increasingly computer controlled. Do you expect to see rising demand for technology tools that aim to manage this complexity?

In a word, yes. In my conversations with builders and suppliers, I was surprised to hear that efforts are continually underway to take advantage of things like smartphones and tablets. What exactly those efforts are, and what their timetables are, I couldn't say.

One of my favorite recent innovations is the registration sequencer, which allows a performer to preconfigure a sequence of stop combinations for a given piece, and then only have to operate a "next" control during a performance. The other side of all this is that we should be careful about how many technological assists we employ. After all, operating all of these knobs and buttons is part of the art!

You wrote the app specifically for the organs at Temple Square and the Conference Center. How difficult would it be to modify the app for use with other organs?

I plan to enhance Celeste to allow anyone to define their own organ specifications. They could then save configurations specific to any organ they'd like. That said, Celeste's "killer feature" is the ability to use a MIDI interface to capture stop settings. Many organs do not output MIDI signals, and those that do use proprietary formats. At this point, I don't believe it would be practical to try to support all the different vendor formats that would be required to make the MIDI capture feature work across the board. Celeste is still a very useful and time-saving application with all of its other features, though.

Have other organists made inquires about Celeste?

Yes! It's always good to get the validation that I'm not the only one who wants the functionality Celeste provides. So far, the response from those who have used it has been very positive.

How does the iPad plug into an organ to record the stop settings? Are you using an Apple Camera Connection Kit as a USB MIDI interface?

Yes, you need the Apple Camera Connection Kit in conjunction with a USB MIDI interface for that feature. The only catch is that you have to use a low-power MIDI interface (The iPad is pretty stingy about how much power it will provide through the dock connector.) I use an M-Audio Midisport 1x1, but you can find a list of others that will work online.

In general, based on your development efforts, what are your observations on the iOS platform?

Development with the iOS SDK has traditionally had a steep learning curve. Apple has been making significant strides in sanding down this learning curve by including things like automatic reference-counting and CoreData. A couple years ago, developing for the iOS SDK could be pretty painful. Now, not so much.