App Developer Competitions: Worth It? 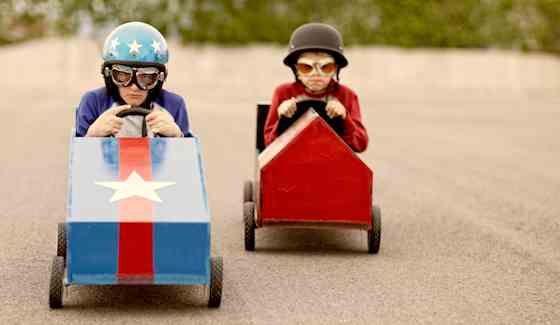 Mobile app makers who are eager to showcase new ideas can take advantage of an expanding outlet for their creativity: developer competitions.

Competitions may take the form of online developer challenges or in-person hackathons that engage individuals or teams in 24-hour (or longer) coding sessions. Events may be sponsored by technology vendors, software companies, industry organizations or even government agencies. For the winners, a competition can offer cash and the opportunity to further refine an app. Other incentives could include free gear, a meeting with a venture capital firm, or even an opportunity to present the app at a conference.

Developers, however, point to other benefits beyond the immediate reward. Chief among those is the chance to gain visibility.

Matt Mattox, vice president, products and marketing, at Axial Exchange, a Raleigh, N.C., health care software company, cites that factor as a major plus of winning the Ensuring Safe Transitions from Hospital to Home Challenge. The challenge was co-sponsored by Health 2.0 and the U.S. Department of Health and Human Services Office of the National Coordinator for Health Information Technology (ONCHIT).

"Market exposure and validation of our mission have both been key benefits of winning the challenge," says Mattox. "We were announced as winners at a national Medicare conference in Baltimore, where there were dozens of hospital representatives in attendance. That alone supercharged our sales pipeline."

Axial has received plenty of attention for its transition of care software, which runs on mobile devices and PCs. The award, announced in December 2011, is helping the company land projects. "We've engaged with several dozen hospitals since winning the award," says Mattox. "We expect some of those deals to close this year and go into pilot in late summer or early fall."

The Samsung challenge provided an opportunity to "get into the mindset" of potential customers, says Lenz, as well as take a look at other professional or semiprofessional applications in the same field and test whether the messaging around the app is appropriate. Feedback is another important side benefit, adds Lenz. He says the company has received comments on its app from Samsung challenge voters and via social media among other sources.

"The exposure that came with participating in the contest and our strong presence in the public vote made it all worthwhile, no matter the outcome," says Yau. People who found the app through the context have provided invaluable feedback, he adds. "I have learned quite a bit about the education space and I am super-excited about our new product road map."

Participants in on-site hackathons have the additional benefit of meeting other coders. For instance, the 30 participants in last year's Intel AppUp developer hackathon had plenty of time to get acquainted: The event took place over the course of a 36-hour, 800-mile bus trip between San Francisco and Bellevue, Wash. [Disclosure: Intel is the sponsor of this content.] Intel teamed with StartupBus.com to provide the mobile venue. The hackathon was staged in connection with Intel's Elements conference, the company's annual meetup for AppUp developers.

"The trip was a fun way for participants to travel to our Elements conference, to bond and network with fellow developers, and to code innovative apps for the Intel AppUp center," says Gina Marie Bovara, event manager of Intel Services Division. The Intel AppUp center, says Bovara, was looking for an innovative way to enable developers to monetize and sell their apps. The coders on board Intel's first mobile hackathon generated 11 apps.

Sizing up a Challenge

App developer challenges differ markedly from one another, both in scope as well as in terms and conditions. Some challenges are fairly open-ended, while others focus on a specific platform. Perhaps more importantly, some challenge sponsors keep the resulting intellectual property (IP), while others let the developer maintain possession.

"Hackathons in San Francisco are different," says Patel. "They're heavily sponsored, often constraining developers to create something for their own product for marketing purposes. Developers have to be careful. Contests vary in legal terms. Some can be considered as crowdsourcing."

In May, Patel participated in a Chartboost Hackathon, which let developers build any mobile game using their choice of SDK/API. The upshot: Patel built a prototype game that he says he may further develop. Doodle Tangle, the working name for the prototype, is a multiplayer iPad game in which up to 11 players navigate through mazes.

"I joined the Chartboost Hackathon for the same reasons I join game jams: I'm currently interested in game development, I like meeting other people with similar interests, and designing and creating a small project feeds my creative needs," he says.

Patel advises newcomers to choose a hackathon based on intrinsic motivation.

"I'd recommend paying close attention to the challenge description and making sure it is in your wheelhouse," adds Mattox. "This one, Health 2.0/ONCHIT, happened to fit us perfectly. We've passed on others that have sounded very interesting but weren't sufficiently aligned with what we do."

And Lenz advises challenge neophytes to be motivated by more than money. "If you are in for the money only, you might be on the wrong track," he says. "It's nice to win the money, but there is more to benefit from than dollars."