The Most Streamed Original TV Shows 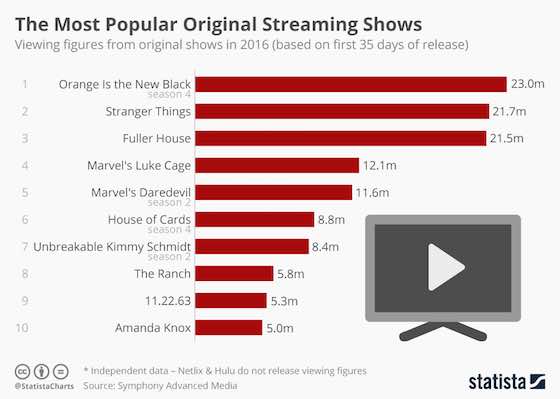 The Most Streamed Original TV Shows

Nothing beats Netflix when it comes to streaming television original programming. Netflix's original shows accounted for nine of the top-10 most streamed originals.

Amazon, Netflix and Hulu are notoriously secretive regarding viewership numbers and they do not release numbers of their own. Symphony Advanced Media's independent analysis is based on the first 35 days of each show's release in the U.S.

The chart above shows viewing figures from original shows in 2016 (based on first 35 days of release).